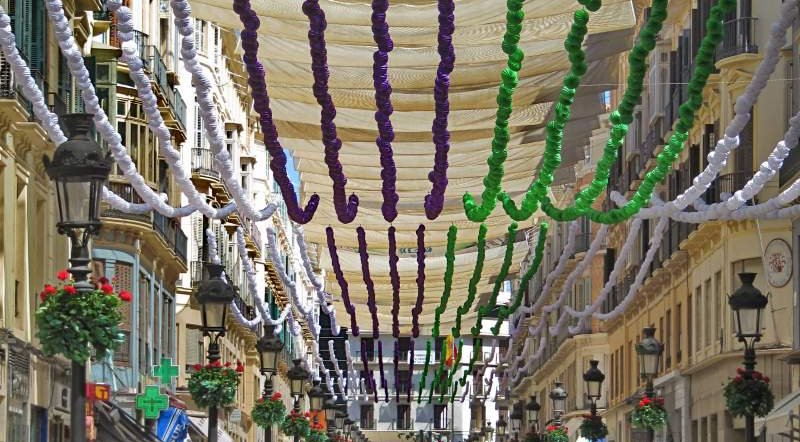 THE CELEBRATION of the Malaga August feria is in doubt once again. Last year the mayor, Francisco de la Torre, opted for the suspension of the festivities and for a much more contained celebration, with limited cultural shows, now the door is open to postponing it until September.
An option verbalized this Tuesday, June 15, by the Councilor for Festivities, Teresa Porras, and with which they would seek to buy time in the hope that the health data will allow us to outline an event such as that celebrated in the past. Until that happens, according to the mayor, the final decision will be postponed. The updated data does not invite optimism, given the growth in the incidence rate. “We are waiting to see what we decide; we must be cautious, we are not worried because almost everything is contracted and we must assess how it goes up or down,” said Porras, who has confirmed that the possibility of September, which has already been handled and discarded in 2020, is the subject of analysis on the table.
As reported by Malaga Hoy, Porras even dared to recommend to the residents of the capital that if they finally want to be able to celebrate the Feria as in the past, they have to act responsibly. “We want a feria, everyone to keep a safe distance, their mask, not having contact, all that is essential,” she said. The councillor has assured that at this moment the government team is working with three possible scenarios. “We fear a plan A, a plan B and a plan C”, he has indicated, although all this will be conditioned to see what happens with the Covid. It does take for granted the holding of the concerts already tendered in the Cortijo de Torres auditorium, as well as the organization of other cultural activities on the dates of the festivities.
The possible transfer to September, making it coincide with the celebration of the Virgen de la Victoria, does not seem to have all the voices in favour within the local Executive. In fact, municipal sources said they were not aware that this option was actually being analyzed. “If from Fiestas they say that, it is because they will have spoken with the Health Delegation to find out what the evolution of the pandemic may be,” they have pointed out. They have insisted that, as happened last year, the priority for the government “is the health factor.” And this despite the fact that it is aware that there are economic sectors, such as the hoteliers and the fairgrounds, among others, that largely depend on whether or not the feria takes place. “Until we know with certainty what is going to happen with covid, nothing can be said”.