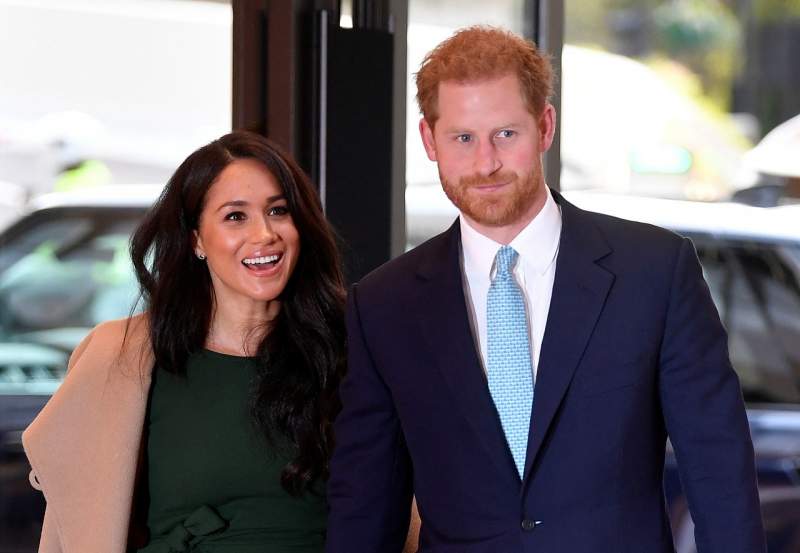 Meghan and Prince Harry are facing backlash from Americans as the yanks have had ‘enough of their nonsense’. The pair’s popularity is said to be waning amongst some people in America following their latest controversial move.

American commentator Megyn Kelly argued that the divide between supporters of Meghan Markle and Prince Harry is now much more political in the US.

As Kelly spoke to Dan Wootton on GB News, she said that Republicans were growing sick and tired of Meghan and Harry and added that the pair’s supporters were falling after their latest decision to name their daughter Lilibet Diana.

GB News was launched on Sunday, June, 13 and quickly lost some major sponsors who didn’t like the programs political views and opinions.

Mr Wootton said: “Are the people in the US believing Meghan Markle, are they buying her stories? We hear again now that there is this conjecture about whether she actually made this call to the Queen. In America does Meghan Markle still maintain support?”

Ms Kelly noted that US support for Meghan and Harry is more closely linked to political alignment than in the UK.
Meghan Markle named “the most popular royal” in a new study.

Meghan gained 21% of the vote, making her far more popular with the 1,032 people polled than Kate Middleton, who ended up with just 11%.

She was praised for her “bravery and resilience” and for carrying on “even when things go wrong”.

Piers Morgan has ordered Prince Harry and Meghan Markle to stop “whining” because people are sick of them.

The outspoken TV personality again slammed the estranged Royals in an appearance on Sean Hannity’s show on Fox News on Monday night.

He suggested Harry and Meghan take a tip from the queen and “pipe down” about their personal or family struggles.

He went on to suggest Harry and Meghan should “give up their titles, stop whining 24/7, and try to take a leaf out of the book of the Queen – whose nickname, Lilibet, they’ve hijacked for their daughter.