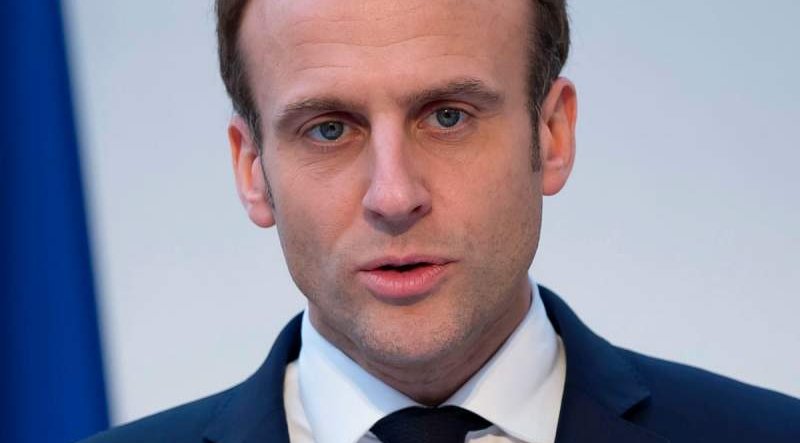 President Macron is under intense pressure from French fisherman who are now at the stage they are begging for help over fishing rights.

Finally, the UK has wrestled control from Brussels with EU vessels now having to apply for licences for access to any of Britain’s waters.

Having left the bloc’s Common Fisheries Policy (CFP) when the Brexit transition expired, the UK is now an independent coastal state and is totally responsible for the management of its own territorial waters.

The area comprises up to 12 nautical miles from the shores of Britain and the Exclusive Economic Zone, which stretches 200 nautical miles.

French politician Xavier Bertrand, who represents fishing communities in the Hauts-de-France region, has claimed hundreds of fishermen in France have been waiting since January 1 for licences.

The serving president of the regional council of Hauts-de-France, said: “I say one thing to the government, to the ministers. One more effort. Do you know what should be done? Grant licences to our fishermen who are waiting to be able to fish in the six-12 mile area of English waters.”

As part of the post-Brexit trade deal negotiated by the Prime Minister, EU fishing quotas will be reduced by 25 per cent over the next five years and last week, the first annual quotas for 70 fishing stocks were negotiated with the EU.

The new deal is estimated to be worth around £27 million (€31.43 million) more to the UK economy, according to the Department for Environment, Food and Rural Affairs. The total value of UK-EU fishing opportunities for the UK in 2021 is approximately £333 million  (€387.51 million), amounting to around 160,000 tonnes.

Brexit Britain and Australia have finalised the broad terms of the pact – just months after the UK was finally freed from the shackles of the EU.

Prime Minister Boris Johnson and his Australian counterpart, Scott Morrison, held talks in London on Monday night to rubber-stamp the new partnership, which is set to increase trade between the two nations above the current £14 billion (€16.29 billion).