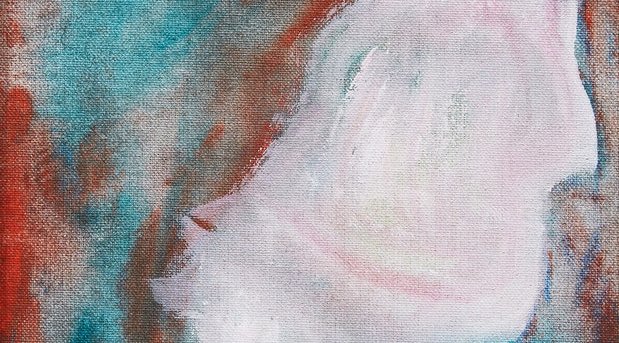 A painting bought for just 3.37 pounds in a second hand shop in a remote part of Canada has been identified as an original by David Bowie and is now expected to sell for up to 10,000 pounds in auction.

Auctioneer Cowley Abbott said the painting was purchased for $4.09 (3.37 pounds) from a donation centre in South River, Ontario, when the acrylic and collage work was later discovered to have been painted by Bowie in 1997.

The auction house said the painting, titled D Head XLVI, is part of a series the singer created between 1994 and 1997.

“D Head XLVI was found in the most unexpected place: a donation centre for household goods in South River, Ontario. The chance discovery of this treasure within a pile of discarded goods is quite remarkable. The consignor of the painting was astonished upon viewing a label which read “David Bowie” and realizing it was the signature of the artist inscribed on the reverse. After conducting thorough research, which included correspondence with a David Bowie specialist in the United Kingdom, we were able to confirm that the painting is indeed by the famous artist and part of a series that he completed in the 1990s,” the auction house said.

“Between 1995 and 1997 Bowie created a series of approximately forty-seven works on canvas which he entitled Dead Heads (or D Head). Each title included a non-sequential Roman numeral. The sitters ranged from band members, friends and acquaintances and there were also some self-portraits. It has been suggested that, for some of these important paintings, Bowie drew inspiration from the Ziggy Stardust era. With long hair and a pronounced profile, this energetic and enigmatic portrait is truly a rare representation from a celebrated artist,” the auction house added in the painting’s online listing.

The painting is being sold as part of Cowley Abbott’s International Art Online Auction and is expected to fetch a high bid nearing 10,000 pounds.