The ‘Boom’ Of Mercadona’s New Ham 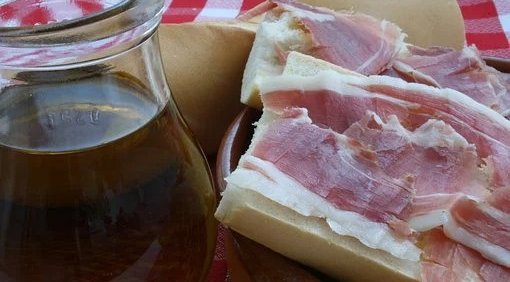 The ‘Boom’ Of Mercadona’s New Ham.

Mercadona now have on sale a new ham, and sales are booming.

Mercadona are now selling a new Serrano ham which stands out from the crowd due to the fact that it only has a small number of added ingredients and has an excellent curing time.

Ham in Spain is a true icon and Serrano ham is one of the best available in Spain. Spain’s gastronomy is known around the world and serrano ham can be bought in many countries. Many Spaniards and Brits in Spain alike enjoy Serrano ham and appreciate its versatility and stunning flavour.

It can be enjoyed very simply on a plate with a side of bread or can be enjoyed at any time of the day and it is usual to be seen at the breakfast table. It can also be eaten as a snack or at dinner.

One of the most important things about Serrano ham for health is that it is high in protein. According to the Spanish Nutrition Foundation (FEN), this ham comes in at around 30 per cent protein which is great news. This means that ham comes in with a higher protein level than pork. This is due to the fact that when ham is cured water content is lost, which means that the nutrients in the meat become more concentrated.

Ham also contains essential amino acids. These are compounds which the body is not capable of producing so they must be consumed through food, and are vital to stay healthy. Ham does contain a level of fat though but not all of the fats are bad.

Head on over to Mercadona to find their new offering. This new ham is classified as gran reserva, and comes from the brand of Costa Brava. The stunning new ham is priced at 1.97 euros, for a 90 gram packet as reported El Espanol.