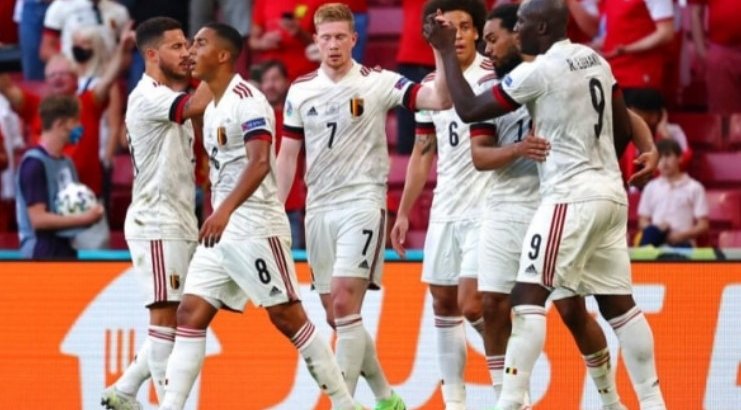 Belgium Beat Denmark To Go Into The Last 16 Of Euro 2020. image: twitter

Denmark were back in action today, Thursday 17 – after their first dramatic match with Finland, during which Christian Eriksen had collapsed after suffering a heart attack – up against one of the tournament’s favourites, Belgium, at the Parken Stadium in Copenhagen, with the big question being could the Danes perform after what had happened in their first game.

The answer came very quickly, in what was a dream start for the Danes, RB Leipzig’s Yussuf Poulsen opened the scoring after just 99 seconds, the second-fastest goal ever scored in the history of the tournament, stunning the Belgians. Dmitry Kirichenko holds the record for the fastest goal, after only 65 seconds, at Euro 2004, for Russia vs Greece.

In the tenth minute, a pre-planned tribute to Eriksen was superbly executed as both teams, officials, and fans applauded the Denmark No10, who is recovering from his heart attack at a hospital close to the Copenhagen arena.

A masterstroke by Belgium manager Roberto Martinez at halftime totally transformed the match, bringing on the fit-again Manchester City star Kevin De Bruyne for Dries Mertens, and just nine minutes later it paid off as he set up Thorgan Hazard – younger brother of Eden –  to smash in the equaliser, and now we had a real game on our hands.

It was De Bruyne who then volleyed home a sensational effort from outside the box in the 70th minute, to see Belgium beat Denmark and wrap up their passage into the knockout stages of the tournament, making them the second team already through, along with Italy who disposed of Switzerland yesterday 3-0.

Denmark are yet to win a game, but play Russia on Monday, where a win could still see them going through to the last 16.