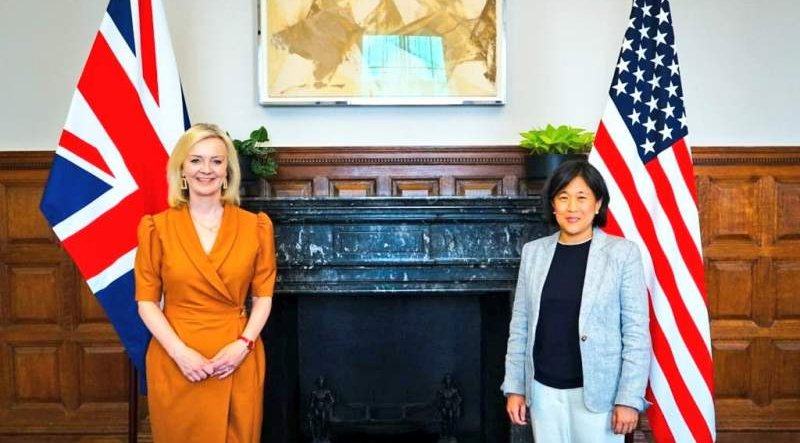 Britain and America have struck a historic deal with the US on the Airbus-Boeing dispute in a major win for industries like Scotch whisky.

AFTER talks International Trade Secretary Liz Truss and US Trade Representative Katherine Tai at the Department for International Trade’s headquarters in central London, both sides have agreed to suspend retaliatory tariffs for five years and cooperate more closely on tackling unfair trade practices by non-market economies.

The 17-year dispute, the longest-running in the history of the World Trade Organisation, has seen damaging retaliatory tariffs levied on products on both sides of the Atlantic due to disagreements over support for large civil aircraft.

The disagreement has hit industries such as cashmere, machinery, and single-malt Scotch whisky that employ tens of thousands of people across the UK. The Scotch Whisky Association estimates the tariffs have cost the sector hundreds of millions of pounds in lost revenue.

The UK, which was involved as a member of the EU, took the decision to deescalate the dispute by unilaterally suspending retaliatory tariffs on the US at the start of this year, which encouraged the US to agree to a four-month suspension of tariffs while both sides negotiated a longer-term arrangement.

The UK and US will now work together to put the agreement into practice and strengthen cooperation in the large civil aircraft sector.

Liz Truss, International Trade Secretary, said, “This deal will support jobs across the country and is fantastic news for major employers like Scotch whisky and sectors like aerospace. We took the decision to de-escalate the dispute at the start of the year when we became a sovereign trading nation, which was crucial to breaking the deadlock and bringing the US to the table.

“I want to thank Katherine personally for her role in making this happen. Today’s deal draws a line under an incredibly damaging issue and means we can focus on taking our trading relationship with the US to the next level, including working more closely to challenge unfair practices by nations like China and using the power of free trade to build back better from the pandemic,” she said.