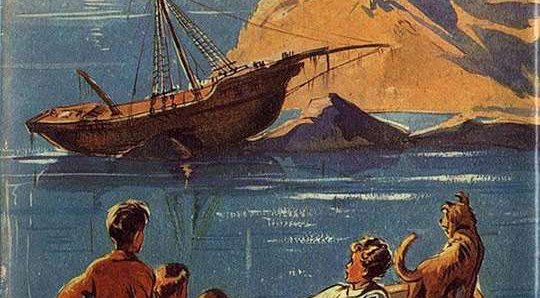 Enid Blyton’s children’s books and stories have been branded racist and xenophobic by English Heritage after a review of its blue plaques following last summer’s Black Lives Matter protests.

Enid Blyton is best remembered for her series of children’s books, the Famous Five and the Secret Seven. A blue plaque commemorates her former home at 207 Hook Road in Chessington, where she started to develop her storytelling skills.

The organisation said, “Blyton’s work has been criticised during her lifetime and after for its racism, xenophobia and lack of literary merit. A 1966 Guardian article noted the racism of The Little Black Doll (1966), in which the doll of the title, Sambo, is only accepted by his owner once his ‘ugly black face’ is washed ‘clean’ by rain. In 1960 the publisher Macmillan refused to publish her story The Mystery That Never Was for what it called its ‘faint but unattractive touch of old-fashioned xenophobia’. The book, however, was later published by William Collins.

“In 2016, Blyton was rejected by the Royal Mint for commemoration on a 50p coin because, the advisory committee minutes record, she was ‘a racist, sexist, homophobe and not a very well-regarded writer’. Others have argued that while these charges can’t be dismissed, her work still played a vital role in encouraging a generation of children to read,” it added.

A blue plaque was added to Bylton’s former home at 207 Hook Road, Chessington, KT9 1EA, Royal Borough of Kingston Upon Thames in 1997.

Blyton wrote over 700 books and approximately 4,500 short stories but faced very little criticism during her early years. Her work, including The Secret Seven, the Famous Five, the Faraway Tree, and Noddy, has been sold more than any other children’s author.

Her books have sold 600 million copies and have been translated into 90 languages. Her work is still popular, and she is number 11 in the top 20 best bestselling children’s writers of the last ten years – despite her death in 1968.