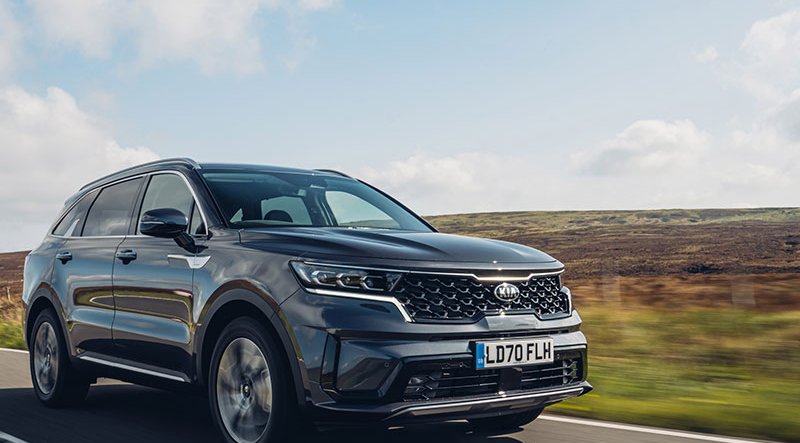 A feeling of luxury.

In the current climate (if you’ll excuse the pun) SUVs are viewed as environmental villains, automotive polluters of the very worst kind. The truth is that many SUVs are now hybrids with smaller combustion engines, so the days of every SUV being oversized with a large petrol or diesel addicted engine is not the full story.

Kia’s newly launched Sorento models and the self-charging hybrid Sorento, in particular, is a good case in point. Its 1.6-litre petrol engine is bolstered by a 64kW battery delivering 40 mpg economy in a very spacious SUV with proper off-road capability and a real family holdall. Hybrids remove any range concerns and the need for an expensive home charger or dealing with our somewhat fragmented (I’m being polite!) public charging network.

My top of the range self-charging hybrid version is the automotive equivalent of the Ritz, adding such items as leather, power adjustment of the seats, privacy glass, heated rear seats, ventilated front seats, keyless entry and start, power tailgate, powered folding door mirrors, along with navigation, wireless charging and a Bose sound system onto the entry level list of equipment.

Costing €54,629 (£46,945) you would expect it to be well equipped and when you add all the above items to the level of tech, it doesn’t disappoint. There are a myriad of safety features including a head-up display and a clever speed limit based intelligent cruise control, all-wheel-drive and the clever hybrid system which charges itself from the car’s engine. It not only removes those range concerns but provides a cleaner emissions record than would normally be the case with a more traditionally powered SUV of this size.

If I were being picky about the Sorento then some of the controls are not especially intuitive and the layout of the dash controls is a little fussy, but ownership would soon bring familiarity. It is a minor point in a car that has a distinct feeling of luxury with its comfortable, quilted leather seats, hushed interior and solidity of build quality.