Search For Anna is EXTENDED 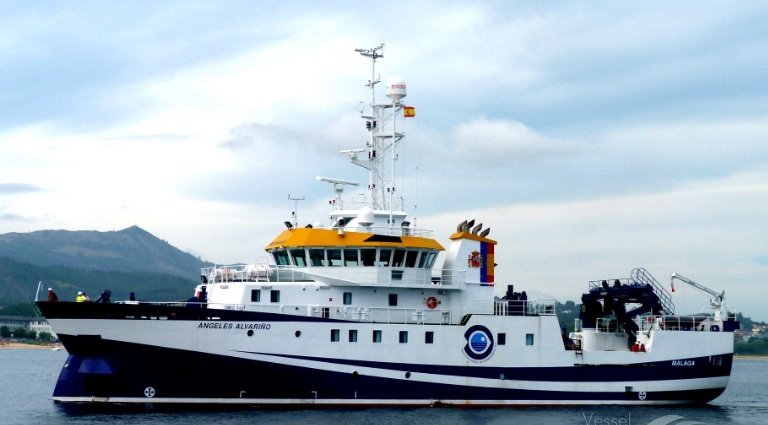 The Angeles Alvarino is searching for Anna in waters near Tenerife. Image: Vessel Finder

The maritime search for Anna and Tomas Gimeno has been extended “for a few days” after the family of the murdered and missing girls pleaded with the authorities to continue the operation.

It had been due to end yesterday, but the family of the girls’ mother, Beatriz Zimmerman, said that not finding the body of one-year-old Anna would only add to their pain.

The search for the girls’ father, who is believed to have murdered them and dumped their bodies at sea, also continues despite the assumption that he has committed suicide. The family urged the authorities to continue looking for him “due to the remote idea that such a monster is still alive.”

“The family of Olivia and Anna will not be able to have peace until they recover the body of the little girl and especially that of the alleged murderer, it would be a pain, anguish and horror added in this case to the victim who is Beatriz Zimmerman at the remote idea of that such a monster is still alive,” the family said in a statement according to Spanish media reports.

The Angeles Alvarino has spent three weeks off the coast of Tenerife. Search teams located the body of six-year-old Olivia Gimeno Zimmermann who went missing on April 27 together with her one-year-old sister Anna, on Thursday, June 10.

The Interior Minister Fernando Grande-Marlaska said on June 13 that police “are very pessimistic about being able to find Anna’s body.”

The coroner for the Canary Islands High Court and the Guardia Civil confirmed that her body had been found on the sea bed in a bag, and weighed down by the anchor from her father’s boat.

Gimeno, 37, is believed to have taken the two little girls – one-year-old Anna and her older sister Olivia – on his boat, which was later found by the police off the east coast of Tenerife. Traces of the father’s blood were located onboard. A child safety car seat was also found floating in the sea, and the Guardia Civil has confirmed that it belonged to Anna.

The children were visiting Gimeno, who reportedly told his ex-partner in a telephone conversation that night that she would never see the children again.