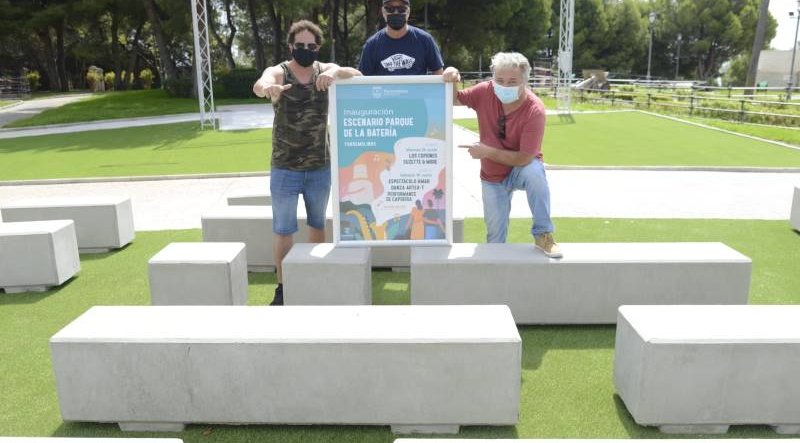 ENJOY catching up with the latest and most interesting news in brief from around the Costa del Sol.
New stage
A NEW permanent stage has been created by the Torremolinos Council in the Battery Park in order to make it easier to put on smaller concerts for local residents and the first with a capacity of 85 people takes place on Friday June 18 at 9pm.
Restaurant Week
HAVING seen the success in San Pedro of a dedicated restaurant week, more than 20 restaurants and gastrobars will come together from June 17 to 20, to take part in the first Marbella Restaurant Week event, organised by the City Council and local business associations.
Street signs
THERE is little more frustrating than trying to find a specific address in certain outlying urbanisations and for the emergency services it could be a matter of life or death, so Mijas Council has targeted 34 roads where it will instal street name plates.
Canine DNA
ALTHOUGH Benalmadena Council is determined to eliminate the leaving of dog excrement on public streets, it notes that only around 60 per cent (2,900) of the estimated number of dogs in the municipality have their DNA registered and Local Police will be increasing their surveillance activities.
Fuengirola first
FUENGIROLA has opened the first interactive children’s game area in the province of Malaga in the Parque de España which is equipped with light and sound. The council will also arrange the modernisation of the children’s areas of the Castaños, Juan Pablo II and Fantasía parks.
Beach patrol
FOR the second year running, the Local Police service in Manilva will detail two officers on special buggies to patrol the beaches of the municipality to ensure those using them are acting in accordance with prevailing rules and to assist in the event of any problems.
Butane scam
THERE is a different twist to the butane scam as it has been reported in San Pedro that some residents are receiving phone calls from individuals claiming to represent Repsol and arranging to make appointments to check the installation when in fact they are unlicensed rip off merchants. By doing this they check to see whether the person has butane and makes them appear more reputable.
Estepona hospital
ALTHOUGH the new Estepona hospital opened its admissions service on March 8 this year, it was decided that for the sake of safety it would reserve accommodation for those suffering or recently diagnosed with Covid-19 infection. The Junta de Andalucia Health Service has now confirmed that it hopes to open the wards for general admissions in the summer months unless infections grow.
Thank you for reading ‘The latest and most interesting news in brief from around the Costa del Sol.’