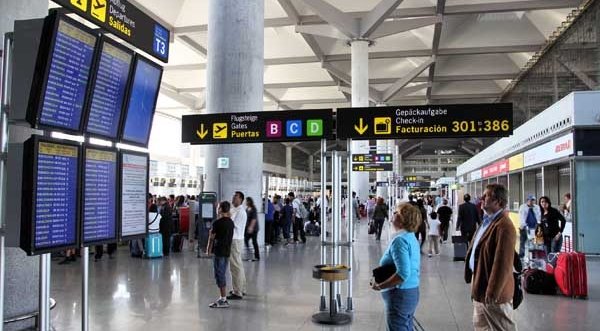 José Luque, the chairman of the Costa del Sol hoteliers association, warned on Thursday June 17 that the situation on the coast is now at a critical point, after last week’s decision by the British government to delay Freedom Day by four more weeks.
Mr Luque explained how bookings by British families had suddenly dried up due to the obvious uncertainty surrounding the summer travel restrictions, and that as a result, AEHCOS warns that many companies on the coast are at serious risk of going out of business, as around 185,000 overnight stays per week have now been jeopardised, which works out at a loss of between €20 and €25 million for holiday apartments and hotels along the Costa del Sol.
During the corresponding period in 2019, between June and August, around one million British tourists visited the coast, added Mr Luque, but now, because of the fears brought about by the four-week delay, and the hesitance in general among travel firms in the UK, he claims that, “Summer 2021 is in the balance.”
He pointed out that, “The recent opening of some 14 hotels in 15 days, making a total of 193 Costa de Sol establishments open on June 14, has not only not generated more beds, but led to a drop in occupancy rates by practically a point and a half, going from 40.48 per cent to 38.93 per cent,” as reported by surinenglish.com.
As the chairman of AEHCOS, Mr Luque stated that they have had to sit down and amend their original forecasts for this summer on the Costa del Sol, and now they have predicted that the average occupation level could work out at less than 50 per cent during the high season, which clearly puts the lives of many companies in the sector at grave risk.