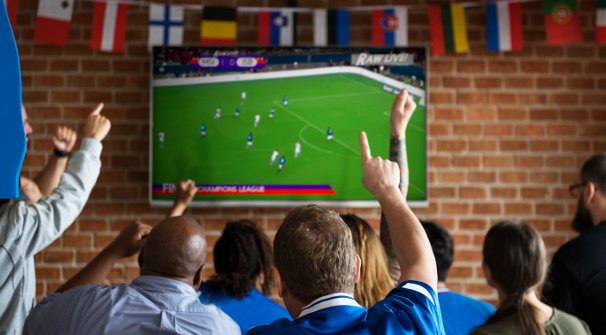 AFTER months of lockdown, pubs, restaurants, and bars across the whole of Spain are eager to welcome back customers and to host sports viewings again.

From Benidorm to the Costa del Sol, thousands of expat English and Scottish fans are expected to fill the ‘tourist barren’ bars tonight, Friday, June 18, in what will no doubt be a very tense match.

Sir Rod Stewart has led the call for the Scotland team to ‘make us proud’ against England in the EURO 2020 clash. The veteran rocker has revealed that his wife Penny Lancaster is one of the officers policing the Scotland fans in London as more than 20,000 supporters descended on the English capital.

In the UK alone, English and Scottish fans are predicted to buy a staggering 3.4 million pints during the match this evening.

The British Beer and Pub Association (BBPA) estimates that 14.8 million pints will be sold across England and Scotland on match day, with over 3 million sales during the game itself.

However, the trade association warned that due to Covid-19 restrictions, including social distancing, rule of six and no standing, that beer sales will be reduced by almost 850,000 pints. This would result in a revenue loss of around £3.2 million (€3.73 million) for pubs across England and Scotland.

Chief executive of the British Beer and Pub Association Emma McClarkin said: “Whether you’re supporting England or Scotland, nothing beats watching the game at the pub.

“Given pubs have been closed or faced restrictions for more than a year in both England and Scotland, every little helps and is critical to their recovery and survival.

“Given the delay in England to the lockdown and with rumours suggesting a similar delay could be coming in Scotland, it is a real great shame that fans will not even be able to enjoy the tournament without restrictions in the latter stages. All restrictions on pubs in England and Scotland must be removed as soon as possible for our sector to survive and recover.”