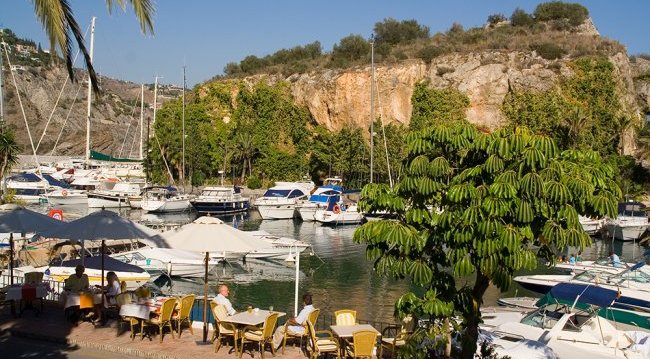 Man Found Dead In Marina Del Este Port, Almuñécar, Andalucia.
THE lifeless body of a man, 60, was found in the Port of Marina del Este, Almuñécar, on Thursday, June 16. The exact cause of death is still unknown, although a group of divers have since visited the scene to investigate what looks like a possible drowning.
Rich sea beds make the area ideal for diving, with perfect orographic conditions, and the Punta de la Mona cliffs, along with the Natural Marine Area of ​​the Cerro Gordo-Maro Cliffs are both declared as Specially Protected Areas.

According to sources of GranadaDigital, it now seems that the deceased had gone out with a friend to dive and problems occurred when [his] activities underwater lasted between 30 or 40 minutes.

The man had apparently suffered problems with his oxygen cylinder, which caused him to rise too quickly to the surface. The sources confirmed that the affected person had fainted – spitting out blood due to his lungs filling with water – combined with pressure and effects of the sudden rise to the surface.
Nothing could have been done to save his life, say Emergencies 112 Andalucia who also said that the Guardia Civil have activated the judicial process to investigate the exact cause of death.
The Marina del Este Sports Port is located next to the Punta de la Mona and Marina del Este urbanisation, between La Herradura and Almuñécar, in a natural setting of great beauty, located in a privileged setting between the mountains and the sea, with 227 berths with a maximum of 30 metres, as well as a slipway where the repair of boats can be carried out.