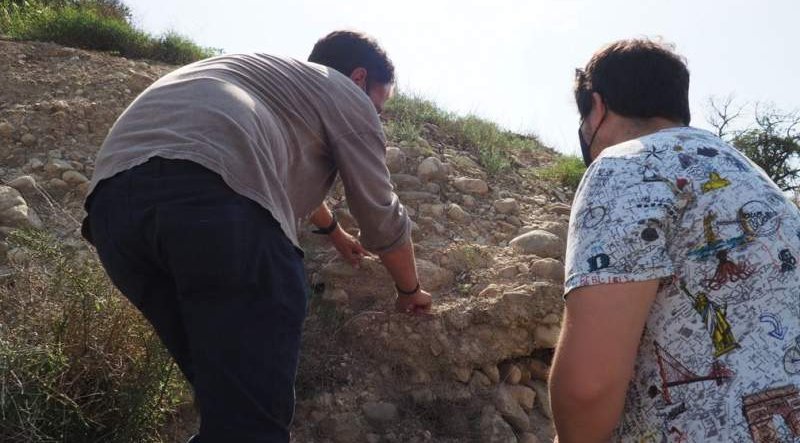 Roman remains  THE remains of an aqueduct located on private land in Villajoyosa are almost certainly Roman, the Municipal Archaeology Service confirmed. This is the fourth section that has been found so far in La Vila and the slightly inclined, ground-level channel would have supplied the Roman town of Allon with water from the River Amadorio.
Local wine SEVENTEEN Marina Alta mayors signed a manifesto in defence of the local muscatel wine and vineyards during the first edition of Muscatel Day held in Jalon.  The wine is part of Alicante province’s DNA, the manifesto declared, and contributes to the Marina Alta’s traditions, landscape, architecture and culture.
Stone-walled MORAIRA’S Ampolla beach will not have a new wall this summer after Teulada-Moraira town hall halted work when the contracted company hiked the cost by almost 39 per cent from €76,775 to €100,700 owing to alleged “deficiencies.” The town hall will not be blackmailed, mayor Raul Llobell warned.
Lost chances THE owners of Calpe’s salt beds want €55 million compensation from the town hall, coastal authority Costas and the Generalitat.  The town hall has occupied Las Salinas for public use but when purchased for 1,500 million pesetas (€90.14 million) in 1989, these were classified for building, the owners claimed.
No sand EROSION on the Goleta beach in Tavernes near Gandia has eaten the space normally occupied by two chiringuito beach bars, announced the concessionary company which has now renounced its contract.  “If we set up the bars, the waves would wash them away within a week,” a spokesman said.
New venue  BENIDORM’S “vaccine-drome” moved from the l’Illa sports complex to the La Torreta social centre in the Rincon de Loix on June 22.  This was originally meant only for the large-scale vaccination of the area’s teachers but continued to be used until the Generalitat announced the change of plan.
People power THIRTY Campello residents prevented the eviction of a 74-year-old woman, her daughter and underage grand-daughter, all of whom were officially recognised as being in a vulnerable situation.  The Generalitat has asked the courts to suspend the eviction order while the authorities are seeking alternative accommodation for the family.
Lights out ALICANTE UNIVERSITY’S Climatology Laboratory predicted a torrid and hot summer without excessively high temperatures but tropical nights of 25 degrees or more, with 70 per cent humidity and “little promise of climatic comfort.”
Clear run BENIDORM is building a new road linking the Salto de Agua schools district with the Avenida de Europa roundabout and the N-332 main road, helping to ease traffic conditions especially during term time.
Tram halt AS modernisation continues on the Line 9 tram, another halt has been built inside Denia, allowing passengers to board or leave the train without going as far as the terminus near the port.