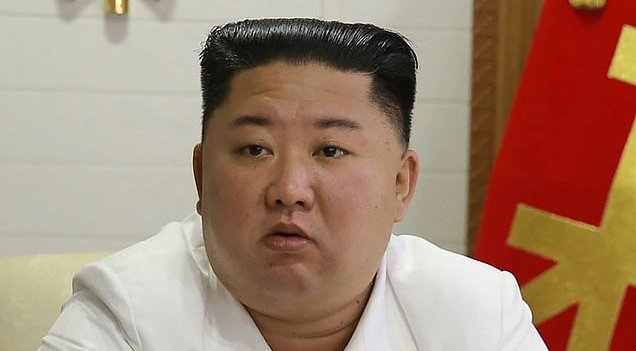 NK NEWS is a watcher site publication based in South Korea, that monitors every move in North Korea, and they have reported that there are signs of all not being well with the health of leader Kim Jong-un, and that the hermit state appears to be making preparations either for his death, or for his being incapacitated for a long spell.

His health has been the subject of a lot of speculation of late, and now it has been reported that the ruling party of North Korea has appointed an official deputy, with the Workers’ Party of Korea’s (WKP) rules – a set of which was acquired by NK News, approved at its eighth party congress in January – allegedly showing that they have created that new first secretary position – which is only one rank down from Jong-un, who is the general secretary – and given them the powers to govern the country in the event of anything happening to Jong-un.

This action has made NK News conclude that the leadership has “begun to make preparations for the sudden death or, more likely, long-term incapacitation of North Korea’s current leader. This decision probably indicates that Kim’s health is not good,” according to the Express.

During the last 18 months, the secretive leader has disappeared from public view on several occasions, which has led to a lot of North Korean rumours and speculation about his well-being, and the fact that this new position has been created at all, only adds fuel to the fire, as there has never been any mention of a successor at any point in history to the leaders of North Korea.

North Korea’s top executive body, the Politburo Permanent Committee, has reportedly added Article 28 into its new rules, which states that when given permission by the general secretary, any member of the politburo can be the head of the committee, but NK News has not reported if anybody has been appointed to the position of deputy yet.

Jong Un’s sister, Kim Yo Jong, who already holds a lot of power in the country, is the obvious candidate.