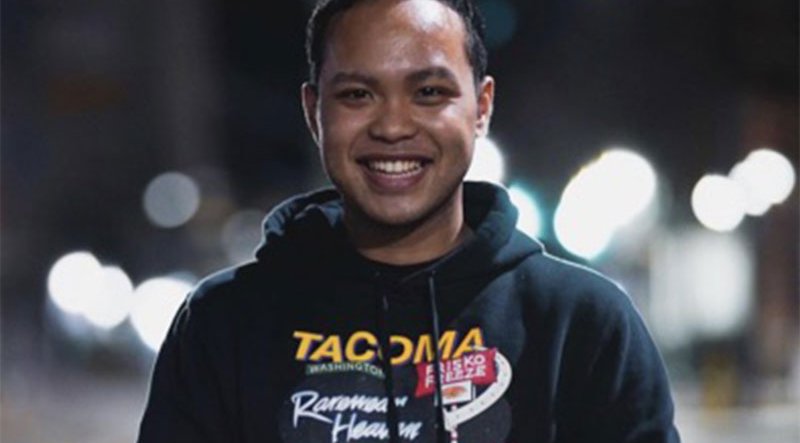 The Tacoma Artists Initiative Program (TAIP) was established in 1999 and is a biennial program that encourages contributions made by artists who live in Tacoma. This innovative program is geared towards financially assisting artists to create new work and expand their skills as well as engaging the broader community.

The Tacoma Arts commission recently awarded a total of $72,000 to the program in order to fund 24 Tacoma-based artists. These artists come from all disciplines in the art industry including music, performing arts and fine art.

Rosie Ayala, Tacoma Arts Commission chair, shares the thinking behind the initiative. “The Tacoma Artists Initiative Program is just one of many avenues through which Tacoma experiences the arts – by Tacoma for Tacoma.

Artists contribute to the collective expression and healing of our city and show up with that spirit now more than ever. We are thrilled to support the creative economy and look forward to the opportunities these artists foster for our community.”

We caught up with R&B artist Adrian Milanio, one of the 24 Tacoma-based artists who will be participating in this initiative by hosting a virtual concert series. The concert series is set to take place live on social media.

“And then also recording alongside that, like a concert series where I’ll drop a video every week in about early September, for the month of September. It’s going to be a two part series. So I’m going to book artists from Tacoma locally.” Adrian shared that he will be funding these local artists as well as recording them. “The main idea behind it is to really support the local talent in the Tacoma / Seattle region.”

In a recent livestream on social media, Adrian Milanio chatted casually with Ne-Yo. After some technical troubles the R&B legend can be heard eagerly asking: “What are we doing today? What is the end goal?” The pair chatted about Adrian’s song “Get Home,” and Ne-Yo shared advice that would be useful for upcoming musicians. This ongoing mentorship helped to propel Adrian’s music to the next level.

“We talked about my music video, we talked about what it’s like being in the industry. He gave me a lot of advice on our livestream. I still talk to him to this day and I think we’re going to go on a Zoom call in a couple of weeks… But that process to me is very validating to have someone like Ne-Yo, who’s I think one of the greatest R&B legends of our era, tell me that I have a great voice and that he really likes my music.”

February 2020 brought an exciting surprise to Adrian’s doorstep. His song “Where You Wanna Go” was already doing well on Spotify, landing in editorial playlists. “I get a phone call from this record label that says they’re really interested in signing the song and taking it off.

They’re an independent record label based in the UK,” the young R&B artist shared. The record label is none other than London-based frtyfve records, who are passionate about helping independent artists flourish. UNOMAS has since produced a remix of “Where You Wanna Go,” propelling the single solidly into the club scene.

Later that year Bay Area native, IamSu! would collaborate with Adrian on a track called “No Calls.” IamSu! has quite a lengthy resume when it comes to music having joined Wiz Khalifa, YG and Justin Bieber (to name a few) on songs. Other exciting collaborations include artists such as  Nef the Pharaoh and Marylou Villegas.

There is no slowing down for this young, upcoming R&B artist. “I think I’m coming out of this pandemic even stronger, because I have more of an established sound. I got to really research a lot of music business and understand how to get myself out there more.” Adrian’s confident, level-headed approach is sure to open more doors in the future as he plans to launch an online mixing service soon.

One thing is certain: this Tacoma local will continue to delight listeners and make waves in the music industry in his own unique way: the Adrian Milanio way.