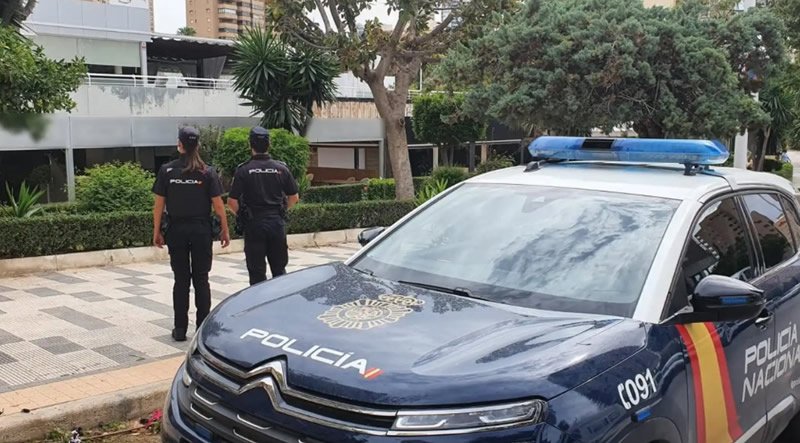 SEVILLA Police Arrest A Man Who Set Fire To 27 Door Intercom Systems of homes in the city.

National Police officers in Sevilla have arrested a 72-year-old man – JA.PG – suspected of being the perpetrator of 27 incidents where the video door entry systems on front doors in the city had been vandalised by fire.

Their investigation was launched on April 30 when one of the affected homeowners lodged a complaint with the police, explaining that the intercom on their front door entrance in Calle Zaragoza had been damaged by fire.

There followed a series of similar complaints from other homeowners which confirmed that there was a person using the same modus operandi in each incident, and was limiting the vandalism to just two areas, in Avenida de la Constitución and in the Historic Centre of Sevilla, without any preferred time of day for the actions, which resulted in a longer police operation having to take place before they caught the culprit.

It became evident that the man was using a high-intensity flame to burn the door intercoms, which would have to be caused by something stronger than a normal lighter, more likely a medium-intensity device of some sort.

A prolonged surveillance operation, police officers from the Central District Police Station eventually saw Sevilla police arrest their man, on June 11, when he was caught in the act of attempting to burn the intercom system of a hotel located on Avenida de la Constitución for the second time.

At the time of his arrest, he was found to be in possession of pliers, lighters, and alcohol canisters, among other items, and was subsequently charged with 27 crimes of damage to buildings in the city of Sevilla.

It came to light that the detainee was known to police by the nickname ‘Justice’, and had several previous police records, including one from 2018 for attempted murder in a bar on Calle Administrator Gutiérrez Anaya, when he had entered with a knife in his hand, shouting that he was “the vigilante”, and attempted to stab the owner of the bar and her son, the latter being injured while trying to prevent his attack.

The man had fled the scene on that occasion, leaving behind some items, one of which was a blowtorch!