US Real Estate and Crime Statistics: Wealthy New Yorkers Relocate To These Cities 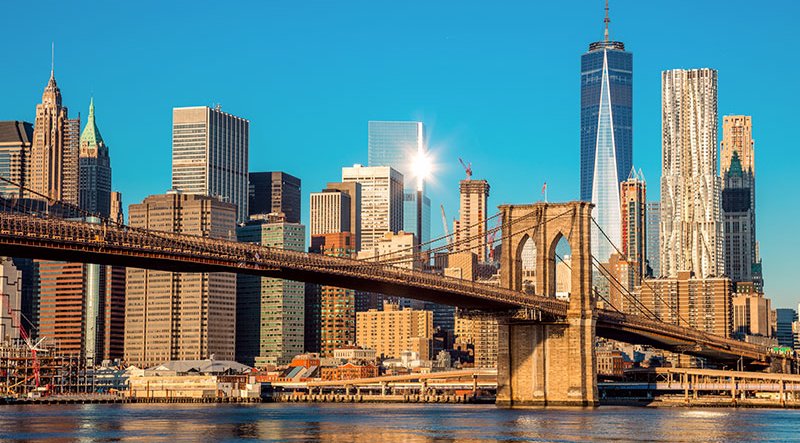 As the City that Never Sleeps reawakens from its post-pandemic slumber, with restaurants, bars, theatres, and other cultural attractions reopening; New York City is now staring another epidemic in the face – a sharp increase in crime.

Over the last year, the city has recorded a significant decrease in crime, but as shops and businesses have already started to reopen after a year of lockdown – city officials and the NYPD have announced that crime is now taking a toll on public safety.

According to monthly NYPD Citywide Crime statistics, May 2021 saw an increase of 30.4% compared to April 2020. Overall, the NYPD has remained vigilant regarding city safety across the five boroughs.

Calculating a date-to-year average in comparison to 2020 has revealed that although the city has imposed strict lockdown restrictions, the recent increase in crime has already been brewing under city streets in the last couple of years.

As local government officials and the New York police force undergo a daunting task to improve public safety –  the wealthy are leaving the city, looking to find a new place to call home.

Where is the wealthy moving to?

Although New York offers a plethora of cultural attractions, parks, libraries, top-tier restaurants, and some of the best retail experiences – the rich are ditching the city. So where are the wealthy moving to?

Lewes, Delaware: In a recent review, real estate agents from the area have noticed a significant increase of new families and couples moving to the area. As the property market booms, prices are soaring above average compared to a year or two ago. Homes for sale in Lewes, DE can offer wealthier families better security, more public amenities, and lower property taxes.

Jay Lesko, Owner and Realtor of Iron Valley at the Beach mentioned that ‘The Cape May of Delaware – the neighborhoods of Lewes include; Senators, Governors, Admirals Chase, Breakwater, and Wolfe Point.’

Florida, Miami, & South Florida: Down south, the same trend is being noticed. According to a recent article published by CBS Miami, house prices in Miami-Dade County have seen their biggest jump since 2020. Home prices are up more than 21%, and smaller condos 17%.

Former Senior White House Advisor of the Trump administration, Jared Kushner, and Ivanka Trump have also recently relocated to Indian Creek Island in Florida. The prominent luxury waterfront neighborhood is home to some of the highest-paid politicians, CEOs, and tech founders. Same as Indian Creek Island, Miami-Dade County is now becoming the playground for the rich leaving the New York lifestyle behind.

What is the average house price in Lewes, DE?

House prices have steadily increased as local lockdown restrictions have been eased. Fueled by high demand, the average three-bedroom, two-bathroom house can go for anything between $500,000 and $650,000. These prices are still below the U.S. average, and Delaware has still one of the lowest costs of living compared to other larger states.

These low house prices, better cost of living, and a relaxed lifestyle are becoming more and more attractive to the wealthy looking to leave the confines of New York City.

How are property prices compared to the rest of Delaware?

Real estate statistics have revealed that the median house price is roughly $350,000. In the last decade, Lewes has seen an average increase of 3.7% in house appreciation. A marginal 3.9% of houses and apartments in the area are currently available to rent, as wealthier and more affluent families are looking to purchase, rather than rent.

Can the average middle-class family purchase a home in Lewes, DE?

Although this can be attainable for the average middle-class family, the cost of living, health and safety, public transportation, food, and other luxuries are significantly higher in the area. In terms of home purchasing, state-wide property taxes are relatively low, with Sussex County having the lowest at 0.34%.

As more and more families leave the city, to nestle into the tightly knit communities of Lewes, DE and other more prominent neighborhoods in America – New York faces a challenge to upkeep its international status, and withhold its affluent inhabitants.