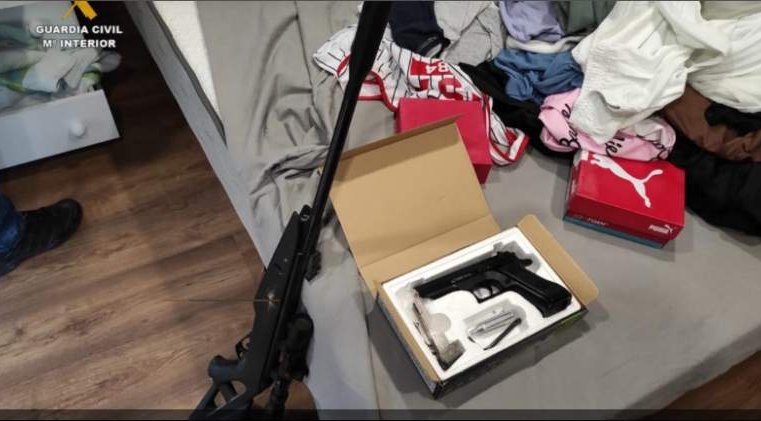 THE Police and the Guardia Civil have dismantled a “violent criminal group” dedicated to debt collection, which was led by a construction businessman linked to the world of fitness in Sevilla and whose lieutenant was a soccer ultra convicted of assaulting a rival fan.

As reported by Andalucia Informacion, in the operation, eight people have been arrested in Almonte, Sanlúcar de Barrameda and in the Sevillian towns of Benacazón, Espartinas, Arahal and in Sevilla as alleged perpetrators of a crime of belonging to a criminal group, kidnapping, serious injuries, crimes against health public, illegal possession of weapons and robbery with force.

The investigations began when the possible kidnapping of a man in Gelves, Sevilla, was alerted when observing how some individuals introduced another at gunpoint into the interior of a vehicle. These events were later denounced by the victim, who assured that for four and a half hours he was held in a farm in Benacazón, receiving all kinds of threats and physical attacks while they demanded €90,000 for his release. They even made him sign several documents without being able to see them, and he was not released until he promised to deliver two vehicles as a guarantee of payment, along with the deeds of a house.

During the investigation, he continued to be extorted by this criminal group, whose visible face was an ultra of a soccer team, convicted in 2019 for assaulting a rival team fan. After several days of close surveillance on the leader of the group of extortionists and his environment and an exhaustive analysis of all the data collected, the structure of the criminal group was established.

A businessman in the construction sector of the province of Sevilla was the one who hired this subject as a personal escort and lieutenant, within a network dedicated to the collection of debts through violent acts, not hesitating to resort to physical attacks and kidnappings in the more extreme cases.