Portugal And Germany Contest One Of The Best Matches So Far 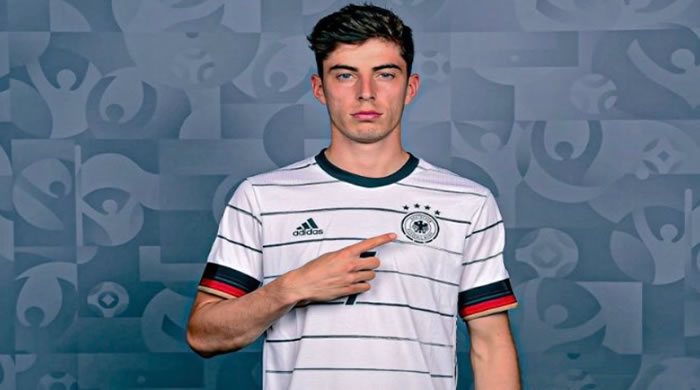 Portugal And Germany Contest One Of The Best Matches So Far. image: twitter

European champions Portugal travelled to the Allianz Arena in Munich this afternoon, Saturday 19, to take on Germany, in what looked, on paper, to be a very interesting contest, and they didn’t fail to live up to that billing, as a rampant Germany absolutely tore the Portuguese team apart.

A half-time score of 3-1 showed just how exciting the first 45 minutes was, with two of Germany’s goals being own-goals from the Portuguese defenders.

Cristiano Ronaldo scored first for Portugal on 15 minutes – his 107th international goal – after a long diagonal pass from Manchester City’s Bernardo Silva found Jota, who unselfishly squared it to an unmarked Ronaldo to steer the ball into the empty net, remarkably, his first-ever goal against Germany.

Suddenly, with ten minutes to half-time, it was all Germany, as Gosens put a lovely ball into the box, and Ruben Dias unluckily deflected it into his own net, to level the match, and just four minutes later, incredibly, yet another own-goal to put Germany 2-1 in front, as Guerreiro smashed Kimmich’s effort into his own net.

The second half carried on from where the first one stopped, as Muller engineered a beautiful ball to Gosens on the left side of the pitch, who promptly delivered a pinpoint pass to the feet of Chelsea’s Kai Havertz, who made no mistake from close-range, 3-1 to Germany after 51 minutes.

Still not done, Germany grabbed a fourth in the 60th minute when Robin Gosens deservedly scored, heading in Kimmich’s cross while unmarked at the far post, prompting Fernando Santos to remove a very under-performing Bruno Fernandes off the pitch, replacing him with Joao Moutinho.

Portugal refused to roll over, and that man Ronaldo once again involved, this time keeping in a cross that looked like it was going out of play, and hooking it back for Diego Jota to head home and make it 4-2 after 67 minutes, and give the Portuguese some glimmer of a comeback, but it was not to be.