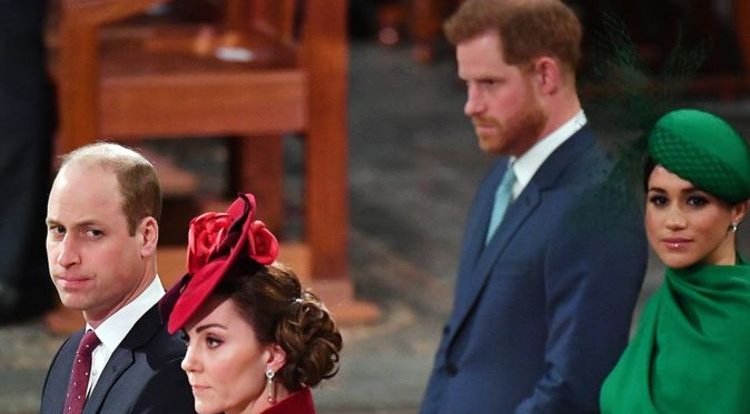 PRINCE William “threw Harry out” in a blistering row over bullying claims against Meghan, claims a new ‘bombshell’ book. A royal author has alleged William was furious after learning of a complaint made against the Duchess of Sussex by her former communications secretary.

Willian was said to go ballistic when he called and his younger brother, Harry reportedly hung up on him, Robert Lacey claims.

The revelations appear as the new version of the book Battle of Brothers is published. It is also claimed the brothers’ fury was so great, William split his household from Harry’s altogether, according to a report from The Times.

“William threw Harry out.” A source friendly with The Duke of Sussex told Lacey and is said to have felt “hurt and betrayed” – and believed Meghan appeared to be “stealing his beloved brother away from him”.

Meanwhile, it is also claimed that Kate “had been wary of her from the start”.

Lacey writes: “When Harry flared up in furious defence of his wife the elder brother persisted. Harry shut off his phone angrily, so William went to speak to him personally. The prince was horrified by what he had just been told about Meghan’s alleged behaviour, and he wanted to hear what Harry had to say. The showdown between the brothers was fierce and bitter.”

Meghan Markle is due to give an exclusive radio interview about her children’s book The Bench on Sunday (June 20). The Duchess will speak out on the eve of Prince William’s birthday and there are fears she could raise “contentious issues” and worsen the royal rift.