Spain Struggle To A Draw Against Poland In Group E 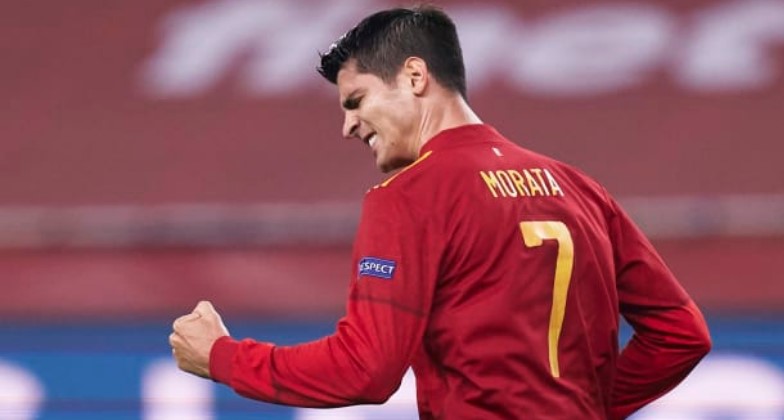 Spain Struggle To A Draw Against Poland In Group E. image: twitter

Spain played their second match in Group e this evening (June 19), up against Poland, in the La Cartuja Stadium in Sevilla, hoping to gain some points after their draw with Sweden in the group opener.

Only two minutes were gone when Spain almost gave a penalty away, as Atletico Madrid’s Alvaro Morata chased back after Piotr Zielinski of Napoli, who went down in the box, the referee momentarily putting the whistle to his mouth, but VAR saying it was not a penalty.

Morata was involved again after 25 minutes, but at the other end of the pitch, with VAR again playing its part, as Morata put the ball in the Polish net as Sampdoria’s Bereszynski tried to cut him off, with the linesman’s flag going up for offside, and in fairness to the Spaniard, he didn’t even argue with the decision, but just as the match was to restart, the referee got a message in his ear that the goal was NOT offside, 1-0 Spain!

With a goalscorer as prolific as the Bayern Munich striker, it’s pretty inevitable that he will eventually work his magic, and sure enough, in the 54th minute, a move started by Moder arrived to Robert Lewandowski, who beat Manchester City’s Aymeric Laporte to head into the bottom corner of the Spanish goal for 1-1.

Then came one of the softest penalties imaginable, as Moder stepped slightly on Moreno, only for a check VAR to award the penalty, and up stepped Moreno who blasted the ball against the post, and with Szczesny stranded on the ground, Morata somehow managed to hit the rebound wide.

A draw really seemed the fairest result on both sides, but Spain really seem to struggle and lack leadership, that David Silva, or Sergio Busquets, Xavi, Iniesta, the great names who have gone before, there doesn’t seem to be anybody coming through to fill those big boots.

Spain now face Slovakia in the final group game, needing at least to draw to have any hope of reaching the knockout stage, after Sweden drew against Slovakia, putting them top of the group with four points.