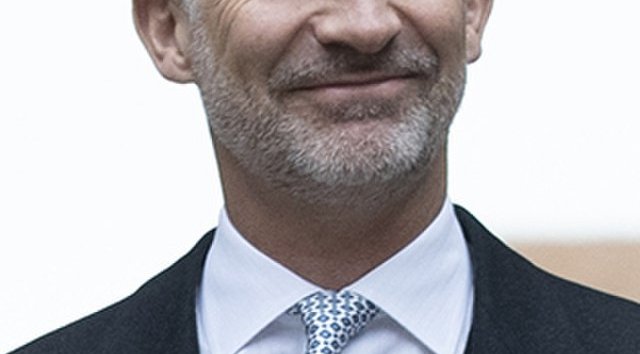 KING Felipe VI granted this Friday, June 18, the Order of Civil Merit to 24 “exemplary citizens” in recognition of their effort and selfless dedication “putting the common good before their own,” which has been extended to many other compatriots who have also sacrificed for others during the pandemic. Among them was chef Miguel Herrera from Ronda, who during the pandemic led a volunteer programme to help the elderly and people who, due to those hard times were unable to have hot food.

As reported by Malaga Hoy, the ceremony took place in the Royal Palace in the presence of Queen Letizia, the Princess of Asturias and one day before the seventh anniversary of the King’s ascension to the throne, a day that states “its importance for our parliamentary monarchy, for our democracy, and ultimately, for Spain. “Today [yesterday] is a day for the recognition and gratitude to the people who, with their daily work, their effort and their dedication, almost always in silence and without protagonism, serve exemplarily the society of which they are part”, defended Don Felipe.

In the specific case of Herrera, he has been developing various social actions for years, such as the creation of the El Golimbreo Inclusive Cooking School, in which he helps and trains people at risk of social exclusion and with different special profiles such as autism, down syndrome, or youth with a criminal record, on probation or unaccompanied minors.

When the pandemic broke out he created, together with other chefs from the Oído Cocina area, a movement that managed to offer 850 daily menus to people in need from more than 20 towns in the Ronda region. A movement to which he managed to add some of the best chefs in the Serranía, including Benito Gómez himself, with two Michelin stars in his Bardal restaurant. An initiative that also had the collaboration of different companies in the area who made different donations so that it could become a reality.

Herrera was moved by the recognition he received and, as he said, he thought “that it was a joke, until the last moment I did not believe it.” In addition, he was satisfied that the work carried out is recognised and he also thanked all those who had made it possible. “I am very proud of all the team that we have and of all those who have collaborated,” said Herrera.