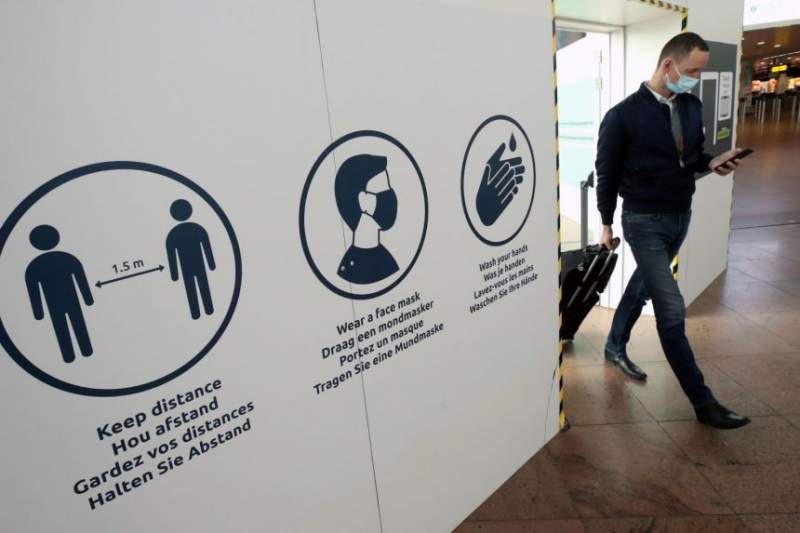 Belgium Will Ban Non-EU Travellers From Britain Due To Delta Variant Next Week. image: Wikipedia

Belgium Will Ban Non-EU Travellers From Britain Due To Delta Variant Next Week.

Belgium will ban entry to non-EU travellers from Britain in a bid to limit the spread of a Covid-19 variant that has forced London to delay the lifting of its pandemic curbs. The government said that the only exceptions for British or other non-EU travellers coming from a banned country will be diplomats on essential work and transport personnel.

Britain is included in a list of 27 nations that will also face the order which will take effect by 27 June at the latest, a spokesman for Health Minister Frank Vandenbroucke, said.

Belgium is concerned about the Delta variant, which first emerged in India, that has caused a surge in Covid cases in Britain, and forced the UK government to delay plans to ease curbs from 21 June.

With Belgium’s restrictions, which already apply to South Africa, India and Brazil, only EU citizens or residents of Belgium will be able to enter the country. Those travellers will still have to meet tight quarantine rules as well as take covid tests before being free to move in Europe.

So far in Belgium, the Delta variant accounts for 6.1% of infections, according to the most recent official data, but other research indicates the actual rate is higher. The spokesman said the government did not want to jeopardise the massive effort made by the Belgians just when the country’s vaccination rate had become the fastest in the EU.

“Britain is five weeks ahead of us in their vaccination drive and they had to postpone their plans to lift restrictions,” he said. “But this is a temporary situation that will be re-evaluated regularly,” he added.

Labs around the world that analyse the virus’s genetic material have been sharing their findings to a global database. When you look at this, the UK looks like it has more cases of the Delta variant than most of the rest of the world.

By the week beginning 14 June, 2,853 Delta cases had been identified in the US, 747 in Germany, 277 in Spain and 97 in Denmark, according to a global monitoring website.

The ban would tighten the current situation in which British travellers have to show proof of the essential nature of their trip when making a visit from Britain.

The decision was taken at a meeting on Friday of Belgian government’s covid committee that sets the rules for fighting the spread of Covid-19 and will be published in the official journal in the coming days.

Of the 27 banned countries, Britain and Georgia are the only Europeans on the Belgium’s list.