Eco Wave Joins the Rising UP In Spain Business Accelerator 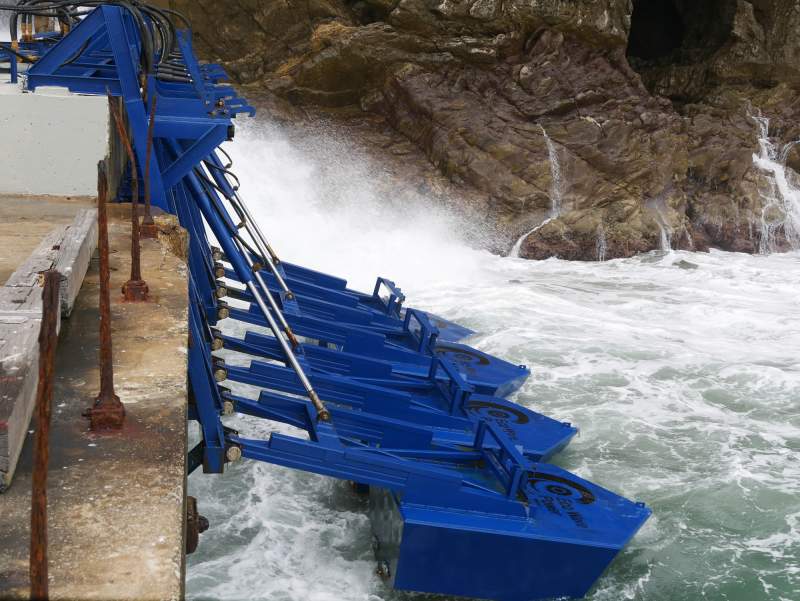 Eco Wave technology is already in use in Gibraltar. Image: Eco Wave

Spain has selected Eco Wave, a company producing clean energy from sea waves, to be a member of Rising UP in Spain, a business accelerator.

The company, which already operates in Gibraltar, has also been selected for the UK’s Cleantech Bootcamp 2021.

The Spanish program will run over six to eight months, the UK program will run for a duration of four weeks with program partners including the British Embassy in Israel, and corporates such as Shell, Octopus Energy, Hewlett Packard Enterprise, National Grid, and the Clean Growth Fund among others. Both programs aim to facilitate business opportunities through custom-made investor networks, entry to major national and international events, business development and legal support, as well as local marketing and communication.

Spain and the UK are two of the largest potential markets for companies within the renewable energy sector. Eco Wave Power’s wave energy technology has already received positive attention in Spain and the UK for its pioneering technology based on a number of Letters of Intent signed with the largest ports in these countries. Since 2020, Eco Wave Power has signed letters of support with the Port of Bilbao, Port of Valencia, Port of Barcelona, and Port of Las Palmas.

Inna Braverman the CEO of Eco Wave Power said, “Spain and The UK are strategic markets for the expansion of Eco Wave Power’s operations, and having our company participate in Rising UP in Spain and in the Global Tech Connect UK Cleantech Bootcamp 2021 will enable us to further develop the projects we have in our pipeline in these markets, as well as, to secure additional projects”.

About Rising UP in Spain

Rising UP in Spain is a soft-landing and acceleration initiative by the Spanish governmental organization ICEX Invest in Spain, which was created to support foreign companies in setting up in Spain. The program offers a soft-landing service, in areas such as the registration of the company, and tax and hiring advice and assistance, and includes access to a broad network of investors, complimentary co-working space for six months, support to attend investment forums specializing in obtaining finance for start-ups, visibility in media specializing in entrepreneurship and assistance in obtaining visas.

The program is supported by the Spanish government and is delivered by the renowned accelerators Cink and The Venture City. 15 startups a year are selected to participate in the program, which is aimed at foreign and Spanish non-resident entrepreneurs who have an innovative project that has already received positive feedback in the market. This is the first official program designed to attract international talent and innovative business models that will contribute to enriching the Spanish entrepreneurial fabric.