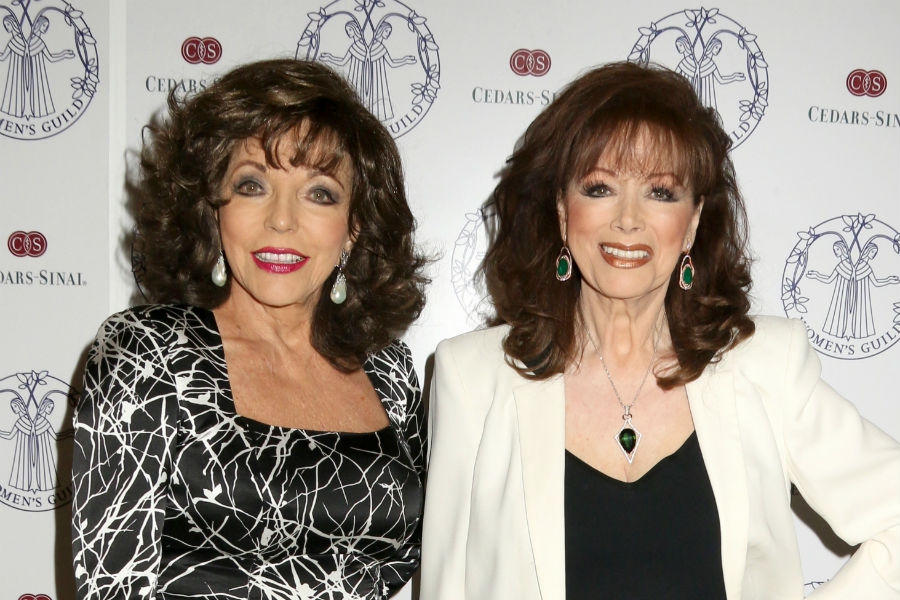 Joan Collins has opened up about the death of her novelist sister Jackie Collins who died in 2015 aged 77 of breast cancer.

Dame Joan Collins told Piers Morgan’s Life Stories,“I think in that respect she did the right thing because she did not want pity. It is a similar thing that daddy did with mummy when she had cancer.

“But I think she did the wrong thing because I had been telling her for years that you have to go and have a mammogram.

“And she didn’t. And she had something, and she didn’t do anything about it. Finally, she was dragged there by Tiffany her daughter and that is when he said: ‘You have got stage four cancer.’

“She told me in the south of France. She called and she said, ‘I just want to tell you something… I don’t want you to get upset.’

“And she said: ‘I’ve got stage four cancer,’ and I said: ‘How is that possible?’ I know you can do so much these days, so I didn’t really worry about it too much, because I really thought, my motto was: ‘Always look on the bright side.’ I always thought she would beat it.”

Joan however refused to be drawn on what she thinks of the Duke and Duchess of Sussex, she told Piers Morgan, “My lips are sealed on that subject. I’m not going to go on national TV and say what I think about Meghan and Harry, because look what happened to you.”