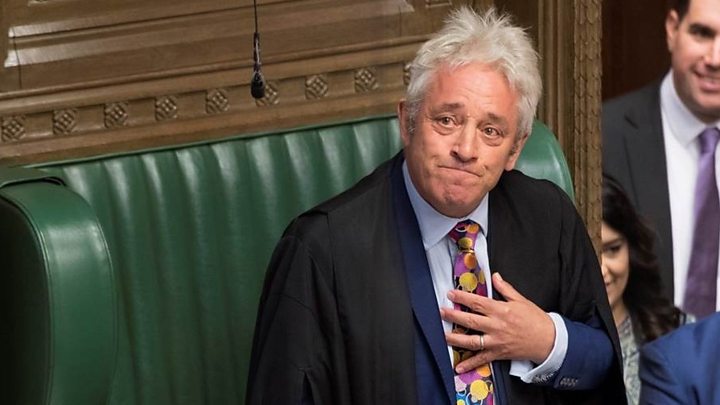 John Bercow, the former Speaker of the House of Commons and Conservative MP, has joined the Labour party. Current Labour MPs say they are “delighted” for him.

In an interview with The Observer, John Bercow said the Boris Johnson’s leadership had made the party, “reactionary, populist, nationalistic and sometimes even xenophobic”.

“I am motivated by support for equality, social justice and internationalism. That is the Labour brand,” he said. “The conclusion I have reached is that this government needs to be replaced. The reality is that the Labour party is the only vehicle that can achieve that objective. There is no other credible option,” Bercow told the Sunday broadsheet.

Of Boris Johnson, he said, “He is a successful campaigner but a lousy governor. I don’t think he has any vision of a more equitable society, any thirst for social mobility or any passion to better the lot of people less fortunate than he is. I think increasingly people are sick of lies, sick of empty slogans, sick of a failure to deliver.’’

Bercow also said that the Conservative’s shock defeat in a by-election in southern England on June 18 was due to growing disappointment and disgust with the party.

“I think what it [the byelection result] tells us is that there is very considerable distrust on the part of voters in the south of England of this government. I don’t accept the thesis that this was just an anti-HS2 vote. I think that is very convenient for the government, but it suffers from the disadvantage of being wrong. I think people in very large numbers are disappointed, in some cases disgusted, by what this government has done.”

He added that he is increasingly worried by the Conservatives lack of respect for parliament and procedures.

According to The Observer, “Shadow justice minister Karl Turner said he was unsurprised his ‘friend’ had joined Labour, but was ‘delighted that he has’”.