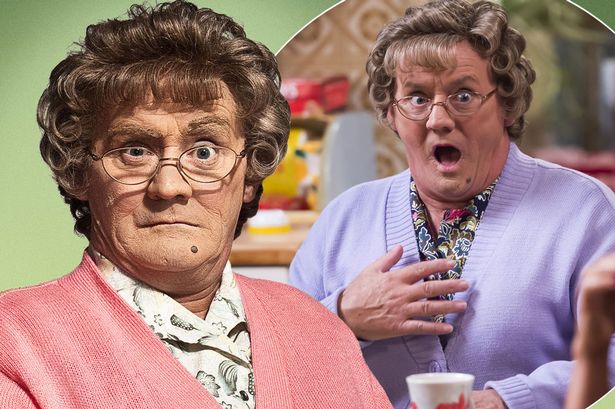 This year’s series of Mrs Brown’s Boys chat show All Round to Mrs Brown’s has been axed, according to the Daily Star.

Bosses have had to scrap the show, which stars Brendan O’Carroll as “mammy” Mrs Agnes Brown, due to coronavirus.

A TV insider said: “Execs have tried just about everything to get this year’s series made, but the restrictions have made it impossible. It’s the first year since the show started that it won’t be airing. It’s such a shame for everyone involved and of course, it’s millions of viewers.”

All Round To Mrs Brown’s usually airs in the spring and pulls in bumper ratings for the Beeb. The spin-off show would have usually aired during the Spring on Saturday evenings but it was missing from this year’s seasonal schedule.

It is likely that with lockdown lifting and restrictions easing filming could have taken place later in the year and therefore, the episodes would have fallen within the summer television plan.

However, this has not happened but it is still hoped the annual festive instalments of the franchise can be put together later in the year.

In December, All Round to Mrs Browns won the TV Times award for Favourite Comedy of 2020, giving hope a season would air at some point in the following months.

A BBC spokesman last night confirmed the chat show won’t air this year. A statement said: “While All Round To Mrs Brown’s will not be returning this year, fans need not worry as some very exciting Mrs Brown news is coming very soon.”

Brendan O’Carroll the comic genius creator of the award-winning, hit BBC comedy show, Mrs Brown’s Boys, where he has dressed in drag as matriarch Agnes Brown, the show’s leading character, since the 1990s, told The Irish Sun in December 2020, that he believes his show will never get cancelled even after recent claims that the show was not politically correct, in the wake of other top comedy shows like Little Britain being pulled from the TV after being deemed politically incorrect for using ‘blackface’.

Brendan said, “I don’t think Mrs Brown will be affected, and I often question myself, is Mrs Brown, me, a man, dressing up as a woman to play Mrs Brown, the same as blackface? And I decided no it’s not, because I’ve never played Mrs Brown as a man playing a woman like they do in films like Mrs Doubtfire. Agnes is a woman like Dame Edna. Overall, it’s very hard to draw the line in comedy. I suppose we all have a remote control, and the ability to buy or not buy a ticket”.