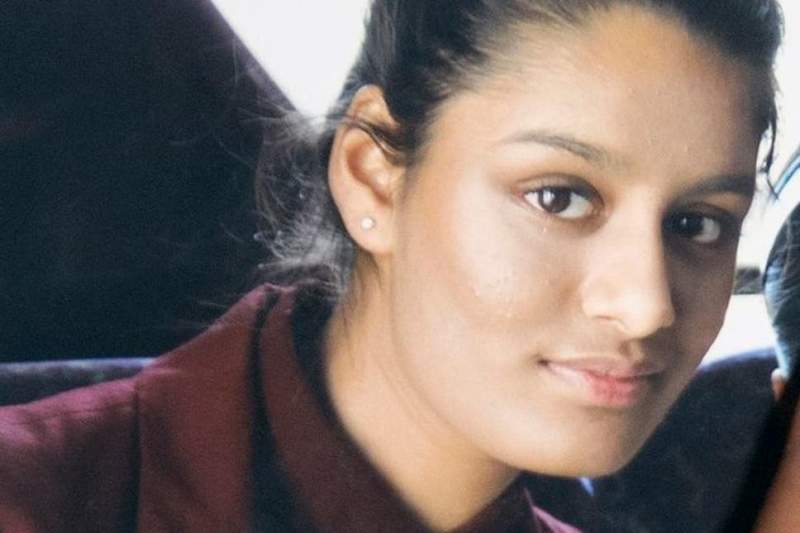 SHAMIMA Begum and her friends wore ISIS badge’s on their school blazers and tried to entice classmates into joining the terror group, it has been claimed.

Former pupils at Bethnal Green Academy have spoken out for the first time about studying alongside the Jihadi bride and terror girls Amira Abase and Kadiza Sultana.

One ex-student told MyLondon news website: “They were really pressuring about it, they were like ‘you know, if you don’t go to Islam you are going to hell and you are going to die. I never heard anything about ISIS violence. What you got pitched was a sunny, beautiful, idyllic place.”

Another pupil said the school didn’t tell them why a fourth girl, Sharmeena Begum, who is unrelated to Shamima, disappeared around Christmas 2014.

Once the trio disappeared schoolchildren were forced to register with the police every day to stop further defections and were banned from speaking about it in any of the classrooms.

Ex-classmates were divided about Begum’s pleas to be let back into Britain.

The same pupil said: “If I saw her again the first thing I would do is give her a hug. I always believe in second chances, people make mistakes. I personally forgive her for trying to rope us into it.”

However, another student said: “It was scary because these girls had to run off to join something that puts a bad name on me and my community. I was really scared someone was going to hurt me. I understand she was groomed, but she was a year 11 student and not a little kid.”

The trio left the UK in February 2015, when pictures of them strolling through Gatwick Airport on their way to Turkey shook the world

Begum was found in a refugee camp in Syria in February 2019 and pleaded to be allowed back to the UK.

But then Home Secretary Sajid Javid stripped her of her British citizenship soon after on security grounds, but she is appealing the decision. Her lawyers claimed there was ‘overwhelming evidence’ she was a victim of trafficking at an immigration appeals hearing on Friday.