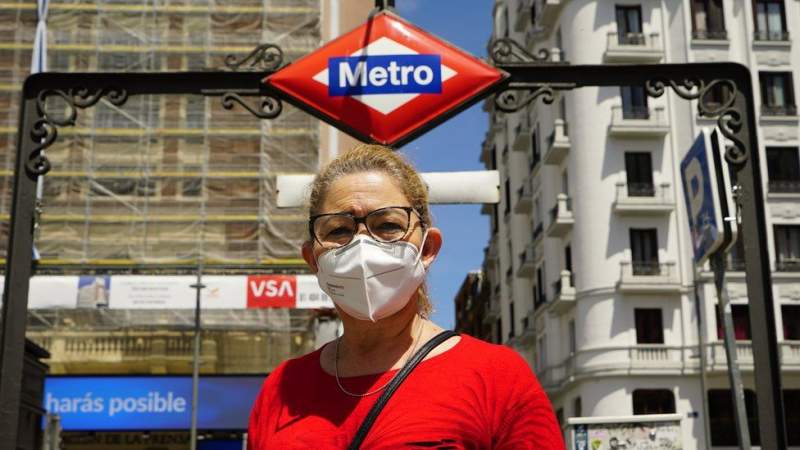 Spanish Experts Call For "Caution" And Recommend Continuing To Wear A Mask In Crowds. image: Wikimedia

Spanish Experts Call For “Caution” And Recommend Continuing To Wear A Mask In Crowds.

President Pedro Sánchez, after several days of uncertainty and controversy with some communities, finally announced this Friday, June 18, that on Thursday, June 24, an extraordinary Council of Ministers will be held to reform the current regulations, so that face masks will no longer mandatory on the street.

The Spanish PM went on to announce that as from next Saturday, June 26, masks will no longer be mandatory in outdoor public spaces as long as a safe distance can be maintained with other people.

The long-awaited news put an end to the torrent of speculation unleashed after the president himself, on Wednesday, affirmed that “Soon” the mask was going to stop being present.

Government sources apparently decided to reserve the important announcement to the chief executive because the abolition of the masks, although it has been on the table for weeks in the meetings between Health and the communities, is in the exclusive control of the central administration.

In this extraordinary Council of Ministers, the green light will be given to the reform of what is known as the law of the new normality (Law 2/2021 of urgent prevention, containment and coordination measures to face the health crisis caused by the covid), which is the one that was established last March and put into law the obligation to use the mask in all public spaces.

This regulation was the one that the communities and Healthcare agreed in April in the Interterritorial Council of the National Health System (CISNS) to “make flexible” (in practice, partially breach) to make it possible to dispense with protection on beaches, swimming pools and other places of recreation in the aquatic environment.

While the population will no doubt celebrate with some euphoria the end of the mandatory nature of masks, experts call for caution.

Scientific societies and specialists point out that the health crisis is not over yet and the government should focus on inoculating younger age groups.

The head of the Clinical Microbiology Service of the Hospital Clínic de Barcelona, ​​Jordi Vila, expresses his concern about the possibility of “crowds of young people abroad”. The members of this group, he emphasizes, “are not only more prone to gathering in groups due to their lifestyle, but are still not vaccinated in Spain, so there is a higher risk of outbreaks in this group than among older people ».

The spokesman for the Spanish Society of General and Family Physicians (SEMG), Lorenzo Armenteros, argues that the measure “must go hand in hand with vaccination” and advocates that “60% of the population have the complete guideline” before removing this security element, he reminded everyone that currently, only 30% of Spaniards are fully immunised.

Along the same lines, the Asturian epidemiologist Usama Bilal, a professor at Drexel University in Philadelphia (United States), believes that “flexibility outdoors is very appropriate, since they are places where the risk is very low.” “But it’s important to keep using it [mask] indoors until we have a higher vaccination rate,” he adds.

The General Council of Nursing insists on maintaining other restrictions. “Citizens should always wear the mask when they leave home, that is the general rule, and they can do without it if conditions allow it in the outdoors where social distance can be respected,” the organisation highlighted.