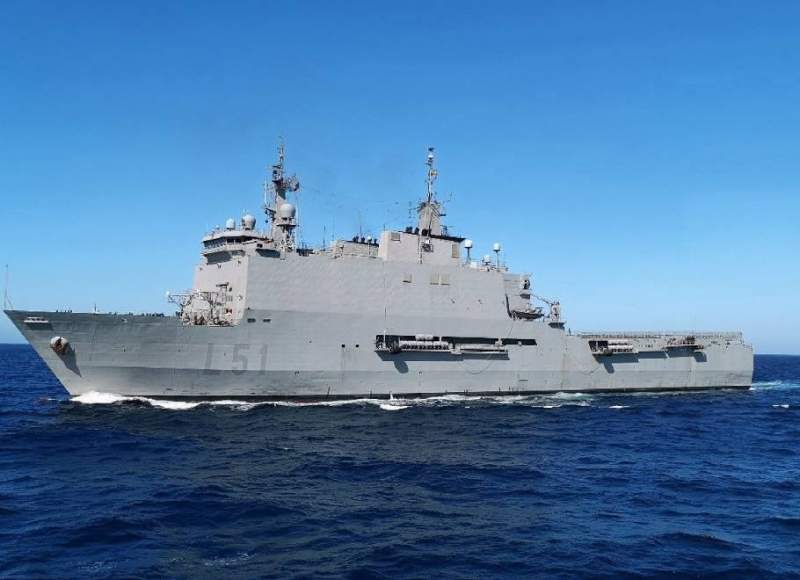 The Spanish Navy’s amphibious assault ship ‘Galicia’ docked in the port of Malaga last Friday 18, where it will remain until June 21, when it will go back to sea and continue the instructional training of future officers and non-commissioned officers of the Spanish Navy.

This navigation allows students to put into practice the technical knowledge acquired during their year of training and, in addition, gives them the opportunity to integrate into life on board, participating in specific exercises of instruction and training of the ship to consolidate, expand and apply in real situations their nautical and technical knowledge.
In a statement, it has been reported by the Spanish Ministry of Defense, where it points out that 68 aspiring first-year students from the Naval Military School are part of this instructional trip, along with 63 aspiring second-year students, ten student sergeants from the Antonio Escaño School, and six student officers from the Naval Military School, on board with BAA Galicia’s own crew, made up of 189 men and women.
During this stopover, the staff and students will be able to discover the cultural and leisure offers of Malaga city, with planned visits by the students to the Church of Santo Domingo, in which they will make a floral offering to the Virgin of the Soledad, closely linked to the Navy since 1756, when a frigate was saved from a shipwreck when it sighted the church tower.
Due to the current coronavirus protocols that are in operation, the Ministry of Defense also apologised for not being able to allow any visits to the ship, which is an amphibious assault ship designed to project naval power on land by disembarking troops and vehicles through the four vessels that can be accommodated in its floodable dock, with up to six helicopters being able to operate from its flight deck.
The main role of Galicia L-51 class ships is to carry out amphibious operations, including peacekeeping and humanitarian aid operations among their secondary missions, and recently provided support to the autonomous cities of Ceuta and Melilla in times of maximum sanitary pressure by participating in the Balmis operation, as reported by 101tv.es.