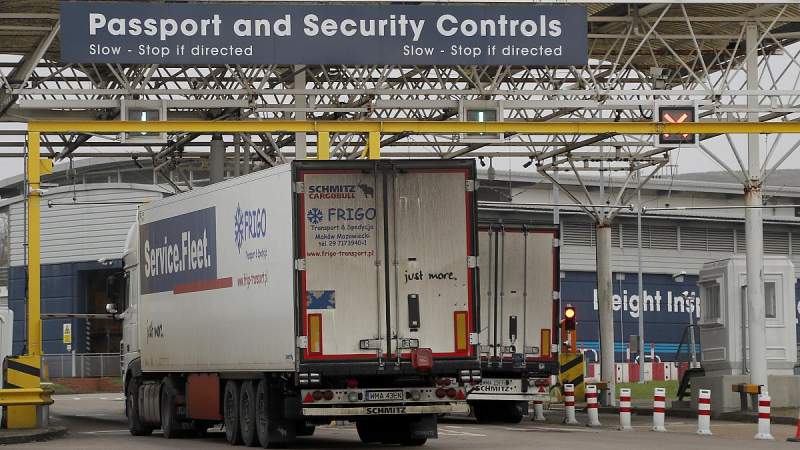 UK Food And Drink Exports To The EU Almost Halved In The First Quarter Of 2021.

Food and drink exports from the United Kingdom to the European Union nearly halved during the first three months of this year compared with the same period in 2020, mostly due to changes in post-Brexit trading relationships but also as the pandemic weighed.

Many expats complained earlier in the year that their favourite foods were missing from the shelves of British food suppliers in Spain.

Figures published on Friday by the Food and Drink Federation (FDF) revealed a 47 per cent downturn in such sales to the bloc in the first quarter of 2021, which followed the UK’s exit from its single market and customs union at the end of last year.

Food and drink exports to the EU over the three-month period leading up to the end of March were valued at €2bn, compared with last year’s €2.6bn.

The decline was even greater when measured over a two-year period, with food and drink exports down 55 per cent in the first quarter of this year compared with the same period in 2019, when €3.12bn worth of such products were sold to the bloc.

“The loss of two billion pounds of exports to the EU is a disaster for our industry, and is a very clear indication of the scale of losses that UK manufacturers face in the longer-term due to new trade barriers with the EU,” said the federation’s head of international trade Dominic Goudie.

The FDF figures are based on government data and also cited the coronavirus pandemic, which reached European shores in early 2020, as a contributing factor.

Milk and cream exports to the EU dropped more than 90 per cent, while cheese exports nosedived by two-thirds. John Whitehead, director of the UK’s Food and Drink Exporters Association, said the downturn was in part due to EU importers having stockpiled goods from the UK ahead of Brexit.

But he added that “significant business” has also been lost as a “direct result of the additional bureaucracy, customs delays and costs of trading with the EU” following the UK’s departure from the bloc.

A UK parliamentary report on March 23 notes that UK food producers are facing new trade barriers with the EU in the form of health measures, extra paperwork, higher haulage costs and some “outright export bans”.

Exports of some products such as seed potatoes have come to a halt, says the House of Lords EU Environment Sub-Committee. Small businesses in particular are suffering from red tape and transport costs. The lack of equivalence agreements is adding to friction, it finds.