Animal survived frozen for 24,000 years and reproduced upon awakening 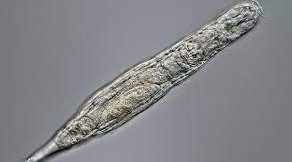 Animal survived frozen for 24,000 years and reproduced upon awakening.

A multicellular animal survived frozen for 24,000 years and reproduced when it woke up.

In the film Interstellar, directed by Christopher Nolan, astronauts travelling to unknown planets freeze themselves to avoid ageing and survive for hundreds of years. A similar mechanism is repeated in Abre los ojos, the famous film by Alejandro Amenábar in which César, the main character, is frozen after suffering an accident in order to try to revive him in the future.

This process of cryopreservation, which consists of preserving living beings for long periods of time at low temperatures and is typical of science fiction, is the same process that has allowed a multicellular animal known as a bdeloid rotifer to survive frozen for more than 24,000 years, according to a study recently published in the scientific journal Current Biology.

Once thawed, the microscopic organism was able to reproduce in a process called parthenogenesis, in which the female sex cells are not fertilised by the male, but the egg cell segments itself and develops into a new being without being fertilised by a sperm.

Stas Malavin, a researcher at the Soil Cryology Laboratory of the Russian Institute of Physicochemical and Biological Problems in Soil Science and first author of the paper, says that this rotifer, found in the permafrost soil layers of the Siberian Arctic, lived at the same time as woolly mammoths. He and his colleagues used radiocarbon dating to determine the age of the recovered rotifer.

“Our report is the most convincing evidence yet that today’s multicellular animals could endure tens of thousands of years in cryptobiosis, the state in which metabolism comes to an almost complete halt,” says Malavin. He adds: “In the future we could preserve organisms with their organs intact almost forever, but for that we need to study how nature does it.

“In the future we could preserve organisms with their organs intact almost forever, but for that we need to study how nature does it,” explains one of the study’s authors.
The Russian scientist says that bdeloid rotifers are “like tiny worms, but with heads and feet”, which move and feed using cilia or flanges that often form two small wheels, “hence the Latin name rotifera”, explains Malavin. These small animals measure about half a millimetre and can live in moss, rain puddles or any body of fresh water on the planet, from the Arctic to the tropics. According to the researcher, they feed on bacteria and decaying organic matter.

Molecular biologist Matthew Meselson of Harvard University (USA) explains in an email that bdeloid rotifers are small freshwater invertebrates “truly remarkable for their resistance not only to prolonged freezing, but also to ionising radiation, desiccation, starvation and various toxic chemicals,” says the researcher, who was not involved in the study. He jokes: “They are as resilient as Rasputin.

According to Meselson, there are about 500 different rotifer species in the world. “Bdeloids have been found preserved in amber from 40 million years ago. Despite research, males have never been documented. Therefore, says Meselson, bdeloids are known as “ancient asexuals.”

The scientist insists that these microscopic, multicellular animals are important for understanding the adaptability and resilience of some organisms in extreme conditions. He even says that rotifers have been sent into space to see how they survive.

The Soil Cryology Laboratory that found this multicellular rotifer has been isolating microscopic organisms from the coldest and most remote layers of Siberia for more than three decades. In the process they have identified many single-celled microbes, a nematode worm thousands of years old, and mosses and plants that have also regenerated after tens of thousands of years frozen in ice.

Dr Nataliia Iakovenko, a zoologist at the University of Life Sciences in Prague (Czech Republic) and co-author of the paper, says by email that these rotifers “are not parasites, do not harbour dangerous microbes and are completely harmless to humans, animals and plants”.

The researcher, who is part of the team because she has been studying polar microscopic animals for more than 10 years, says the rotifer originally found was the oldest living animal on the planet. However, Iakovenko explains that in an active state, the life expectancy of these rotifers is only one month, so after being thawed, the animal died within a few days.

“Imagine the sleeping beauty that slept for many years, then woke up, lived a normal life and then died of old age,” says the scientist. “Before she died, however, she laid eggs that hatched into other rotifers, and now the daughters and granddaughters of the oldest living animal are alive.”

The research suggests that these animals have some as yet unknown mechanism to protect their cells and organs from damage at extremely low temperatures. Iakovenko and Malavin agree that while it is not yet possible to preserve a mammal or a human in these conditions, the study of rotifers is a big step forward. “Of course, the more complex the organism, the more complicated it is to keep it alive at very low temperatures,” says Malavin.

The idea, in the future, is to try to mimic these techniques from nature to cold-preserve cell cultures and even live tissues and organs. The hope is that knowledge from these small animals will offer clues on how to keep other organisms alive over time. This would be very useful for medicine and life sciences.

Iakovenko, however, is sceptical about these possible advances. “I am not a specialist in human cryomedicine, but as a polar zoologist I can say that even for rotifers, which are evolutionarily highly adapted to freezing alive, this process is very stressful: not 100 per cent of frozen specimens survive, especially if they were already old at the time of freezing,” she explains.

He concludes: “Imagine how stressful and dangerous this would be for humans who are not naturally adapted to this process, even if medicine advances to the point of creating freezing stabilisers that allow it. My guess is that if this procedure is developed, it will be used in critical situations when there is no other way to preserve human life.

As reported by El Pais