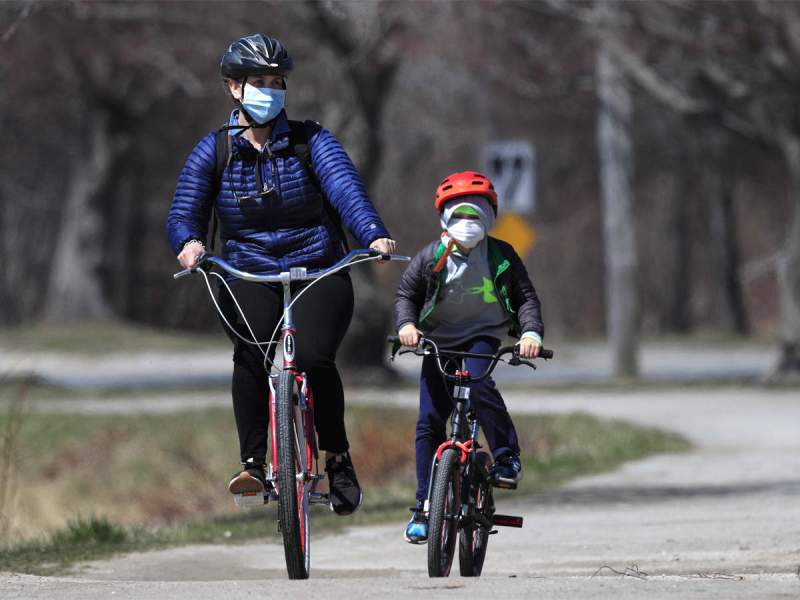 Before the pandemic started there was already an increase in the sale of bicycles, in 2020, 1,565,233 bicycles were sold in Spain, 24% more than the previous year in a trend that was also replicated in shops across the province Malaga.

In June 2020, as the borders were closed, and changes in mobility trends added to the fact that the only activities allowed to do were outdoors, the market exploded.

So much so that specialised stores began to report a lack of stock, this occurred after production in Asia was halted by the coronavirus.

Small businesses noticed this lack of stock more, says Alejandro Garrido, partner of the Bicycle Clinic, “ we made the annual order in August, after having been closed for three months and having had to request an ICO loan to avoid closing.”

Add this to the uncertainty about the health situation, in which the smaller stores did not even know if they would have to close again. Manufacturers are now delivering bikes that were ordered in August and the shortage is becoming more noticeable.

Hermanos Navarro have said that suppliers are giving them delivery dates for the spring of next year in many models- the stock is just not available from the factory.

[They] speak of a perfect storm in the production and shipment of bicycles, first, there is a lack of aluminium, the raw material in which most frames and other components of bicycles are manufactured, second, many components such as gears are almost out of stock worldwide.

Added to this is that international maritime trade is being much smaller than before the pandemic and container costs have more than tripled.

Larger stores, thanks to their economic muscle and their storage capacity, have noticed this less in the face of direct sales to the customer. In Carrefour Málaga, they say the most normal thing is to ‘leave the store pedalling’. “We are not having problems with stock, since 2019 the demand has suffered a rebound which has already stabilised, but right now we have no problem satisfying our customers in this regard thanks to our logistics ”.

They are seeing a change in the demand for bicycles towards larger bicycles than what was being purchased by the customer and they hope that 2021 will be a good year with an already more stable rise in the sale of bicycles.

According to data from the Higher Sports Council (CSD) 7.9 million people use their bicycles at least once a month as part of their physical activity and more than 20 million citizens say that they use them frequently for transport.

In the last decade, this use has grown by almost 10 percentage points, reaching 50.7% of the population. These data confirm that the bicycle boom is not a passing fad and that it has come to stay as a means of transport and leisure.