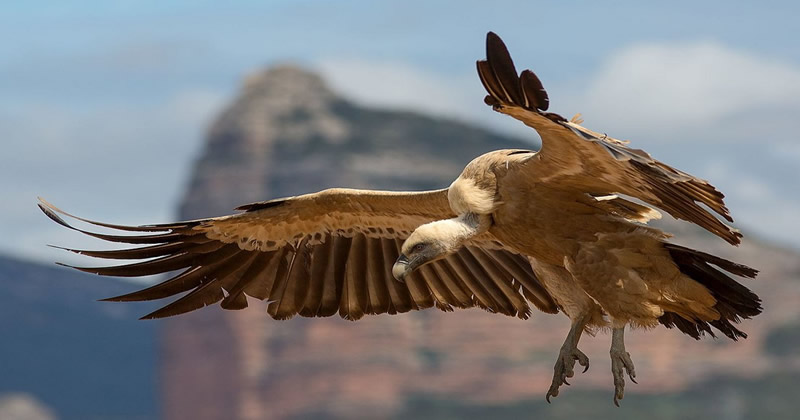 A sheep farmer in Plasenzuela, Cáceres, has been sentenced to 18 months in prison by a judge in the Cáceres Criminal Court No1, after being found guilty of killing three protected specimens of griffon vulture by letting them feed off several dead sheep he had sprayed with poison then left them at the disposal of these carrion birds.

In addition to the prison sentence, the farmer must pay a fine of €3 daily, for 21 months, and must compensate the General Directorate of Rural Environment of the Board €18,000 euros, €6,000 for each bird that he killed, according to 20minutos.es.

His was specifically found guilty of a continuous crime of mistreatment of domestic animals resulting in death, and a continuous crime against wildlife due to the death of protected animals with a continuous crime of poison use, after the court heard how the farmer had mixed the insecticides “chlorpyrifos” and “sulfotep” – whose use is lethal and is prohibited – with corn, feed, oats and chickpeas, a mixture with which he also poisoned four domestic pigeons.

The farmer had reportedly “systematically” sprayed his sheep with the substance, resulting in “at least 200 of them dead”, in order to kill the vultures that were feeding in the dunghill near the farm, a crime that came to light on April 7, 2019, when Guardia Civil Seprona officers discovered two carcasses of a griffon vulture near the farm, and with the help of the Board’s cynological service, a third corpse of this animal.

A search of his farm uncovered approximately 200 corpses of sheep stacked for carrion birds to eat and, kept in a storeroom they found a plastic bucket with the symbol “poison”, containing the aforementioned mixture, and a plastic carafe with about two litres of liquid.

An investigation into the farmer’s activities showed that 244 sheep had died – according to the January 2019 census – “without them showing any trace of injury or disease according to the autopsies carried out on some of the corpses”,  although, in the judgment of the magistrate, “it cannot be established with certainty that the death of the sheep was the result sought by the accused”.