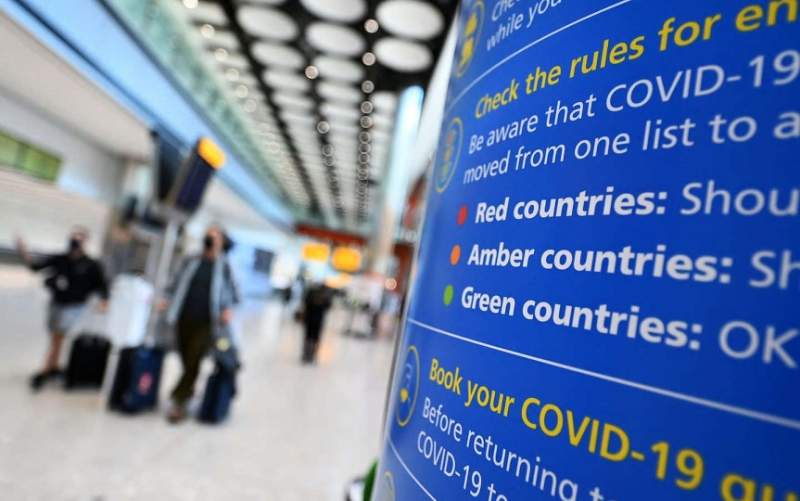 Foreign Holidays Back On From End Of July Under New Double Vaccination Travel Plans. image: Wikipedia

Foreign Holidays Back On From End Of July Under New Double Vaccination Travel Plans.

FAMILY holidays to Europe will be back on from the end of July under plans to be considered by UK government ministers as early as this week.

The news comes as official data revealed government scientists found no evidence of Covid variants in more than 23,000 people tested after arriving from amber list countries including Europe.

Fully vaccinated adults will be allowed to travel to amber countries with their children without having to quarantine under the plans being drawn up by Department for Transport (DfT) officials.

The DfT is understood to want to exempt unvaccinated children from the double jab scheme, enabling them to return without having to quarantine although they will still face tests to screen for Covid and its variants.

Foreign Holidays Back On

The move would open up popular European holiday destinations to families that are currently amber including Spain, Greece, France and Portugal, although ministers are not expected to introduce any changes until August.

The proposals may be considered by ministers as early as this week to meet a June 28 deadline for reviewing the government’s traffic light system for travel. The Cabinet’s Covid-O committee is due to meet later this week to consider whether to expand its quarantine-free green list.

A source said: “The DfT paper has been written. They want children to be exempted from the double vaccination scheme but they have no idea how to operationalise it for foreign nationals.

“UK nationals are okay as they trust their vaccination data but they’re worried about fraud and nationals from other countries presenting false vaccine records. If they can’t work it out it could be a decision as to whether they just do it for UK nationals.”

With 60 per cent of adults now double vaccinated and new evidence that the risk of variants from amber countries is low, the government has been urged to open up foreign travel faster.

Tim Alderslade, chief executive of Airlines UK, said: “No Covid cases from people arriving from green list countries, zero variants from amber and a very low positivity rate. This is clear evidence of the government treating international travel differently from the domestic economy.”