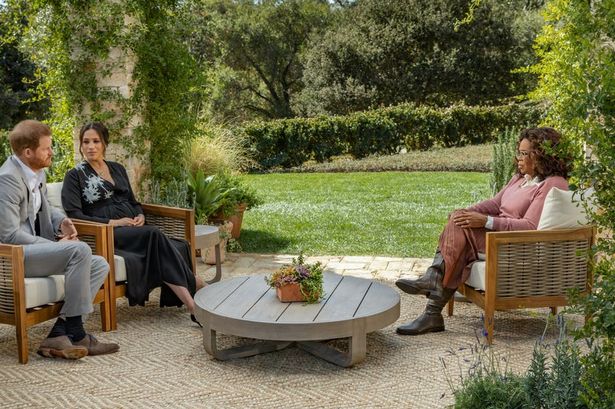 Prince Harry Agreed To Oprah Winfrey ‘Bombshell Interview’ AFTER His Titles Were Lifted.

PRINCE HARRY launched ­bitter attacks on the Royal Family after he was stripped of his military titles, according to a report from The Sun- his anger had long thought to have been triggered by his father Prince Charles telling him that son Archie ‘would never be Prince‘.

Harry, 36, a retired Army captain (June 2015), apparently agreed to the Oprah Winfrey chat within 24 hours of losing them in February’s final Megxit deal.

However, The Sun has now revealed that he lost his cool after an argument about keeping his titles. A source for the paper explained: “There was a bust-up just before Oprah but it wasn’t to do with Archie’s title.

That had been known and discussed for quite a while. Harry and Meghan were very cross before Oprah because the final Megxit separation had just been signed off which included Harry not keeping military roles. That was what made him so angry. He’s very emotional and his military roles were very important to him given that he served.”

The pair filmed with the US chat host days later, just hours after Prince Philip went into the hospital. Palace insiders said his military roles were removed amid fears TV bosses could use them to promote his Netflix documentaries and US talk shows.

Sources said there would always be the suspicion and “that doubt” that his titles and patronages could be used to promote a project.

Prince Charles had said that he will “NEVER” let his grandson Archie Harrison Mountbatten-Windsor be a Prince, claimed a royal source.

The heir apparent to the British throne has made it clear Prince Harry’s son will have no place among the front-facing members of the Royal Family, The Mail on Sunday reported recently. The decision would mean the 2-year-old toddler, currently seventh in line to the throne, would not inherit the royal title of ‘Prince’ when Charles becomes King.