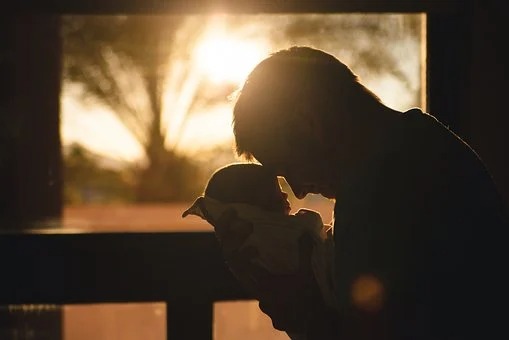 A mix-up with a Father’s Day card from Funky Pigeon, left one Dad ‘In The Dog House’ and accused of cheating.

Not only was he accused of cheating but he also had his belongings smashed after his partner discovered a Father’s Day card from a baby which had ‘Pops’ written on the front of the card.

Kerry, aged 44, jumped to conclusions on seeing the card and assumed that Darren Wilson, aged 52, had been up to his old tricks. After flying into a rage she destroyed his laptop, phone and even a TV.

Darren is already a father to six, and his children call him ‘Pops’ too.

Darren said that: “I was at work when my partner opened it. She is a bit paranoid as 15 years ago, I was a bit of a naughty boy. But I’ve changed now.

“And there it was. A card with a little boy or a little girl on it, no older than six months with ‘Pops’ written on it.

“If they sent it to a paedophile they would have lapped that that kind of card up.

“To be honest it’s quite a sweet card, but this has just started paranoia all over again.”

The Father’s Day card sent Kerry into a rage. She said: “As soon as I saw the word ‘Pops’ on it, I thought it was definitely for him. Our kids call him that and Darren calls his dad that too.

“The way I saw it, it was just too much of a coincidence for it not to be. I was just full of anger and tears. There was a mix of everything going on.

“I have trust issues anyway as there’s been cheating on both sides.

“I just thought ‘Oh God not again’ and what with it being a young baby it must have happened recently.

“I’m a recovering alcoholic and I’m burying my brother on Friday so my head has been all over the place. I’m fiery anyway. I was just chucking anything I could find.”

Darren had not even heard of Funky Pigeon before. He said: “I’ve heard of Moonpig but Funky Pigeon means nothing to me. To them it’s a simple mistake, but to me it’s life threatening. Because they haven’t done their job right it’s causing me grief.

“I’ve lost my laptop, TV and personal phone because they’ve sent the card out to Joe Bloggs. They need to be taken to task on this.”

“We have contacted our customer to apologise for the inconvenience this has caused and have reissued the card correctly along with a full refund and will also offer a gift from our popular gift selection range.”