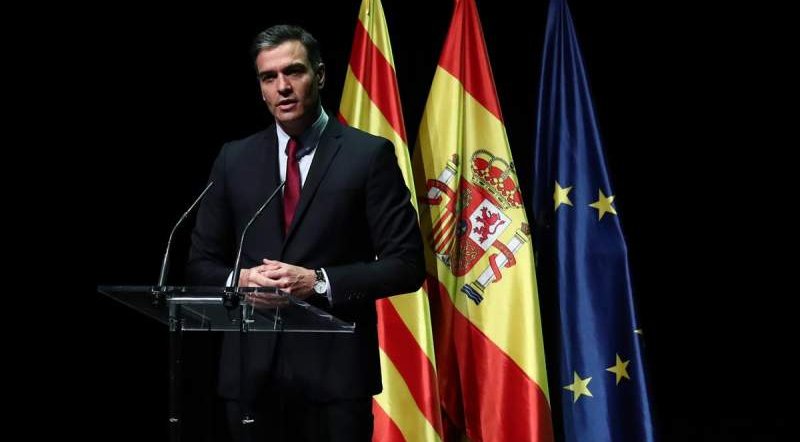 The government has unanimously agreed to grant pardons to jailed Catalan separatists, in a move that has angered the opposition but the government insists opens the way to political stability.

THE Council of Ministers granted the pardons on June 22 after President Pedro Sanchez argued the pardons would clear the way for peace and stability with independence seeking Catalonia.

“There are reasons of public utility to grant the pardons, which will be partial. All pardons are conditional on not commenting on serious crimes in a certain period,” Sanchez said following the Council meeting.

“They were not sanctioned for their ideas but for their acts contrary to the law. The government of Spain will continue to work for understanding. We want to open a new stage of dialogue. Spanish democracy shows its greatness. Now is time for politics. Now is the time to improve the lives of our people at this time,” he added.

Catalonian leaders however say the pardons are not enough and the prisoners should have received an amnesty instead. They also pledged to continue to pursue independence for the region.

Opposition parties have called Sanchez a “traitor”. The leader of Vox, Santiago Abascal said Sanchez had committed “treason” and called for the government to be censured.

The main police union, JUPOL, has also called the pardons “an act of political interference” and a sign of a “serious lack of respectful” to officers involved in the many riots that have erupted in Catalonia since the failed 2017 independence referendum bid.

It is unclear exactly when the nine imprisoned separatists will be released but it could be as early as today if the Supreme Court signs off on it this evening without waiting for the pardons to be officially published.

It is also unclear what the scope of the pardons will be and if the jailed Catalan leaders will remain barred from holding public office.