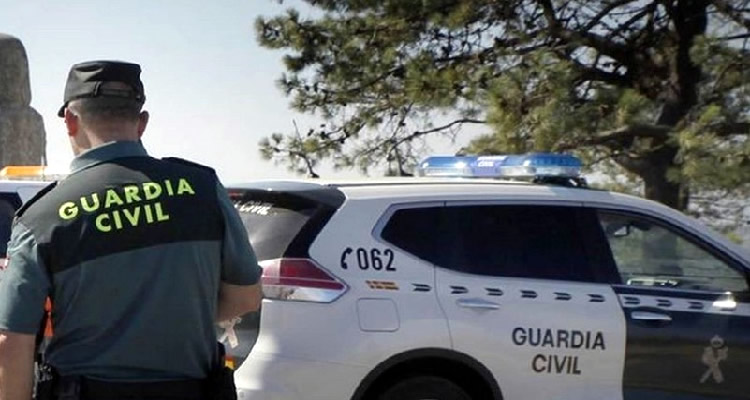 National Police officers have detained a 44-year-old man of Spanish nationality in the north of Granada – who has a police record – as the alleged perpetrator of a crime of damage, after having allegedly broken open the padlock of the access gate to the church of San Isidro Labrador, in Granada province.
In addition to other damage done to the building, the man allegedly smashed an ornamental flowerpot that could date back to the seventeenth century.

CIMACC-091 emergencies had received a call just after midnight on Sunday 20, from an individual reporting a man seen causing damage to the church of San Isidro Labrador – which is located in the square of the same name, in the northern part of the city of Granada – with National Police officers immediately deployed to the location.
On arrival at the scene, the officers were met by the local parish priest, and were instantly aware of the knocking sounds coming from the back of the religious building, where, upon investigating, they found a man lying on the ground and without any personal identification documentation on him.
After taking an inventory of the damage, it was learned that the alleged perpetrator had torn a bollard from the street and used it to smash items inside the church grounds, and had most likely also used it to break the padlock on the gate to gain entry, damaging the old wooden doors in the process.
He reportedly damaged the electricity and water meters, with the breakage of a register box and several fuses noted, as well as the drip irrigation system that feeds the trees and plants inside.
The most disappointing breakage was that of the mid-seventeenth-century ornamental flowerpot that had been located on the façade, which is part of the building’s historical heritage, after the hermitage of San Isidro had been founded with the contributions of the farmers of the area, in a place where previously a venerated stone cross had existed.
The Granada man was arrested and has already been made available to the judicial authority, as reported by granadadigital.es.