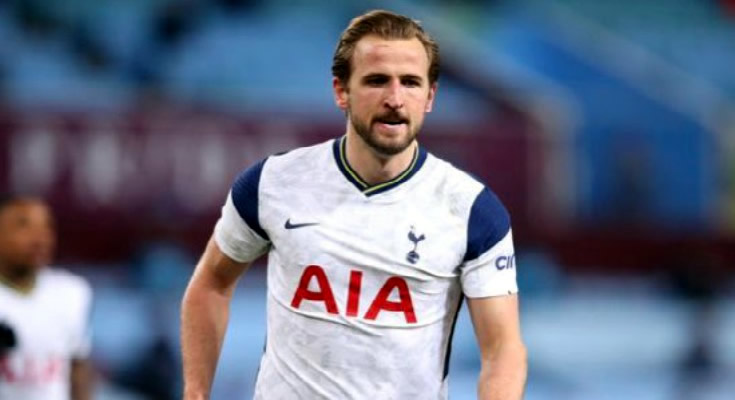 Premier League champions, Manchester City, have reportedly offered Tottenham £100m for their 27-year-old striker, and England captain, Harry Kane, and are said to be willing to include some players in the deal, but Daniel Levy is expected to reject the bid.

Kane, currently on captain’s duty with the England squad for Euro 2020, is on the radar of Chelsea and Man United as well apparently, with Sky Sports News having reported exclusively in may that Kane had asked to leave the club, but is said to be concentrating only on helping England right now.

Fabio Paratici was recently appointed as Tottenham’s new managing director of football, having previously been at Juventus, a sigh that chairman Daniel Levy means business, with Levy recently saying about Harry Kane on the club’s website, “All I will say is his frustrations in not winning are shared by me and all the fans and players. We all want to win”.

Adding, “One of the items that Fabio will have to deal with when he comes in is which players are going to be retained, and which will be asked to look for other clubs. There is a market out there. What we want and what other clubs want is not always possible to achieve. We will do whatever is right for the club”.

Khaldoon Al Mubarak, the Man City chairman, speaking after last month’s Champions League final stated that his club intends to be “competitive and aggressive” this summer, by aiming to strengthen bringing “quality to the squad in a couple of key positions”.

With Sergio Aguero sold to Barcelona, the champions need a replacement up front, with Brazilian striker Gabriel Jesus the only recognised No9 at the club now, with Kane of course not the only option on the table, as Dortmund’s Erling Haaland is available, at a price, as are Lautaro Martinez and Inter Milan’s Romelu Lukaku.