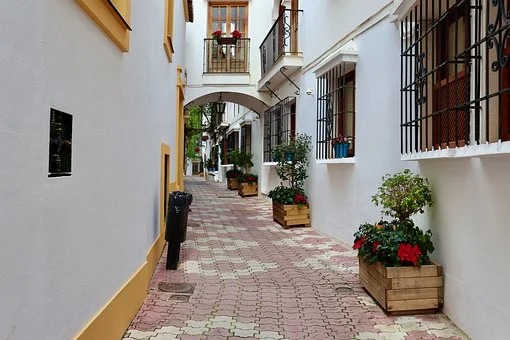 Mijas Secrets Revealed To Foreign Residents.
FOREIGN residents have turned out in force to see the secrets of Mijas revealed.
So far over 200 people have made the most of the ‘Mijas Secrets’ that the town has to offer.
The councillor for Tourism, José Carlos Martín, and the councillor for Foreigners, Arancha López have spoken of the initiative which has seen residents provided with guided tours of the town and its secrets. The guided tours are run in several languages which allowed everybody to join in.
According to the town hall the initiative began at Easter and was that popular that it had be extended for an additional two months. A new edition for September is already being planned too.
Martín commented that: “We have opted for the local and residential tourist with a new and innovative offer. On the one hand we have managed to move the local economy with their visits to Mijas Pueblo and the consumption they have made in restaurants and shops and, on the other hand, we have given them the possibility to know in depth curious facts about the town where they live which they did not know.”
López highlighted the fact that: “The year 2020 has marked a change in tourism and leisure and some trends are here to stay. Restrictions have drastically slowed down travel and cultural offerings. But at the same time we have become more demanding and more aware, seeing with new eyes what was always there and what perhaps we never looked at.”
The councillor also went on to highlight some of the stunning secrets the initiative had to offer and commented that: “Mijas artisans, local wine growers, religious brotherhoods, the magic of a thousand and one nights or the water route have allowed the ‘Mijas Secrets’ initiative to allow foreign residents of the municipality and surrounding area to discover the town with a different approach.”
She also went on to add that: “Tourism in your own town is not only fun, but more sustainable and respectful of the environment, and also more friendly and enjoyable, making the resident himself an ambassador of Mijas, and his experiences and recommendations are the best promotion for the town and its charms.”
The events have been that popular that they are expected return later in the year. López highlighted that: “In September we are going to start again this initiative which has worked so well among the resident population and which they continue to demand. A new way of looking at Mijas and promoting our destination through the word of mouth of those who have decided to leave their countries and come to live with us.”