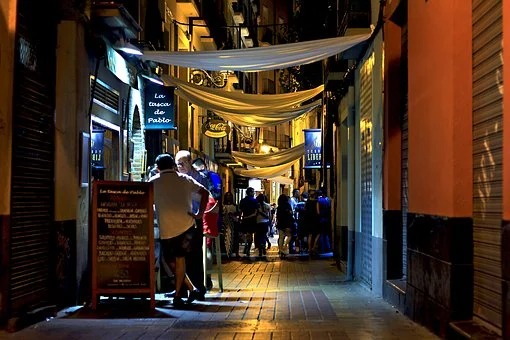 TSJC again rejects the request to open up nightlife in Catalonia. Credit: Pixabay

THE vaccination programme in Spain is progressing well and nightlife is set to reopen in several autonomous communities including Andalucia.

Spain is now seeing nightlife return to practically the entire country due to the fact that the coronavirus pandemic is easing. Around 14 million people have already been immunised against the potentially deadly virus and ICU occupancy rates are at around 8 per cent on average.

In another step towards the return to normality many bars and nightclubs are starting to reopen after the Interterritorial Health Council gave the Spanish Autonomous communities the freedom to remove measures in the catering and hotel industry. This also applies to mass events and nightlife too, as reported La Sexta.

The different autonomous communities have opted for various measures though. In Castilla y Leon and Cantabria nightlife will return minus time limits on opening hours. The Balearic Islands though will see premises open until 2am. Other areas such as Castilla-La Mancha, the Canary Islands, Madrid and Catalonia will allow night clubs and bars to remain open until 3am.

Andalucia will see pubs and discotheques allowed to open in all towns that are on level 1 alert. This covers the provinces of Almeria and Malaga where all towns are currently at level 1. In Cadiz many towns are on level 1 while others are still at level 2 though.

The rest of the provinces in Andalucia sits between level 2 and level 4, so will not be able to open nightclubs.

Where venues are able to open though, closing time has been set at 2am and Andalucia will allow dancing on open-air dance floors, but masks must still be worn.