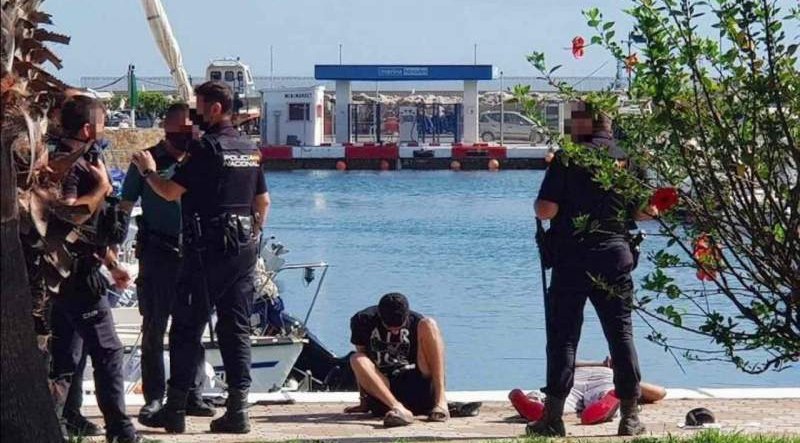 Spain’s National Police detained a total of six illegal immigrants at the Marina Hércules de Ceuta on Monday, June 21, after the men threatened local workers and guards at the pier with a knife. It is now understood that the intention was to steal two boats with the aim of reaching the Spanish Peninsula.

The events took place around 10:00 am, apparently, the detained immigrants had been trying to access the port for days to steal a ship with which to set out for the Peninsula. In their last attempt, on Monday morning, they used a knife and broken glass bottles to intimidate the workers of the Ceuta marina.

Police sources confirmed to Rubén Pulido, an expert on immigration policies, that those arrested are all of Algerian origin and that they had arrived in Ceuta in May, at the same time as almost ten thousand immigrants were allowed through by border guards on the Morrocan side.

Spanish soldiers were deployed on the beach of El Tarajal and tried to contain the massive arrival of more than 8,000 illegal immigrants to the Spanish enclave on Monday, May 17 but were barely enough in number to provide enough help to the foreigners that arrived exhausted on the beach.

“We do not have figures on those that we have taken to the hospital,” says Isabel Brasero, spokesperson for the Red Cross. The emergency teams look exhausted as they walk along the shore from one end to the other of the stretch of beach that borders the perimeter gate, stopping to give water, blankets, and food to the immigrants.