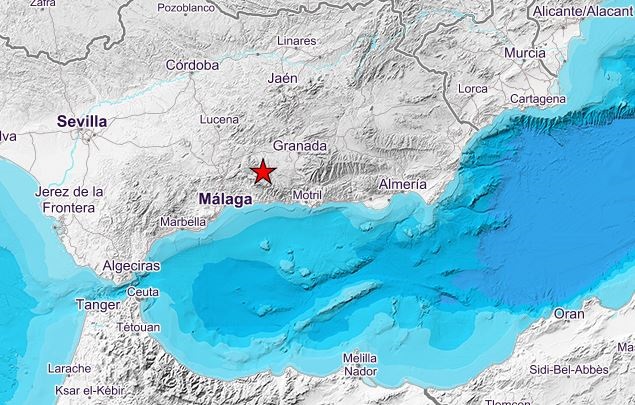 Alhama In Granada Spain ‘Shaken’ By 2.7 Magnitude Earthquake.
Alhama, a town in the Andalucian city of Granada Spain, was ‘shaken’ this afternoon, Wednesday, June 23, by a 2.7 magnitude earthquake.

The National Geographic Institute registered the earthquake which had it’s epicentre in the town of Alhama de Granada (population 5,980). According to IGN, there are no reports of material or personal damage and the earthquake occurred around 5:35 p.m. and was located at a latitude of 37.02 and a longitude of -4, about ten kilometres deep.
The province of Granada is plagued by hundreds of small, medium and powerful earthquakes and tremors that have caused panic among residents in the streets, damaged bait and video footage on the Internet of supermarkets and shops. fallen etc. But why are there so many earthquakes now and is it more common in Spain?
Thousands of people come to Spain every year earthquake mostly in the region of Andalucia but also in Murcia, Valencia or the province of Girona and the Canary Islands or the Pyrenees between Navarre and Huesca.
Most earthquakes aren’t that strong and don’t go above 4 on the Richter scale, but experts warn that major earthquakes are certainly not a fairy tale in Spain.
Related:

Granada In Spain’s Andalucía registered an earthquake just after midnight- in the early hours of Saturday morning, May 22.