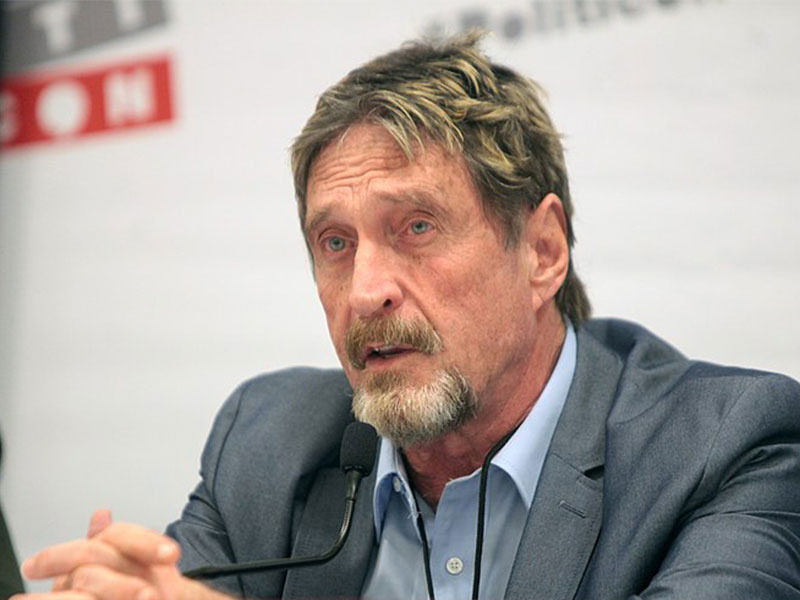 John McAfee was found dead of apparent suicide on Wednesday.

American billionaire tycoon John McAfee, known for creating antivirus software, has been found dead in his Catalan prison cell, his death being confirmed by prison sources. The inmate’s death comes a day after the Supreme Court approved his extradition to the United States for alleged tax crimes committed between 2016 and 2018.

The well-known computer scientist was arrested in October last year at Spain’s El Prat airport and has been in the Sant Esteve Sesrovires jail (Barcelona) ever since. Whilst being held captive there, a search and arrest warrant from the United States was placed on him.

That same month, McAfee was charged in Tennessee with evading taxes after failing to report income made from promoting cryptocurrencies while he did consulting work, made speaking engagements and sold the rights to his life story for a documentary.

This is a breaking news story, please check back later for updates and comments from the Spanish and American governments.

John McAfee reportedly killed himself after he was set to be extradited to the United States. The 75-year-old tech mogul took his own life while being held in a prison cell in Barcelona, according to local paper El Pais.