Catalan Separatist Leaders To Be Released At Noon Today 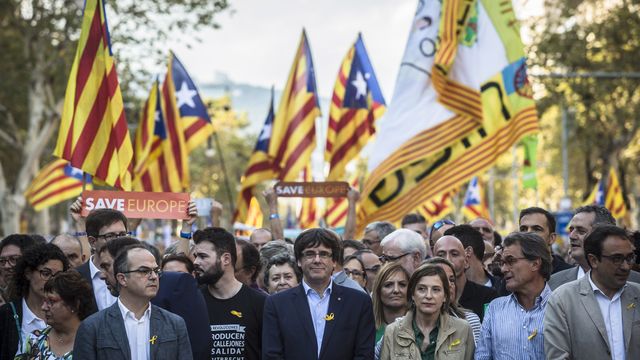 Catalan Separatist Leaders To Be Released At Noon Today.

The Spanish Government has agreed on pardons for the nine prisoners of the ‘procés’, partial and conditional on not committing crimes again after being released for a period of between three and six years.

After its approval this Tuesday, June 22, in the Council of Ministers, the next step has been the signing of the nine royal pardon decrees (one for each leader of the ‘procés’), first, by the Minister of Justice, Juan Carlos Campo, who is responsible for processing them, and later, by King Felipe VI, corresponding to his constitutional functions.

The king is, in fact, the person to whom the Constitution assigns the role of granting pardons, as established in article 62 of the Magna Carta, which places among its functions “exercising the right of grace in accordance with the law, which may not authorise general pardons.”

The next step is the publication of the pardons in the Official State Gazette (BOE), this will take place this Wednesday, June 23.

The body responsible for applying the pardons and liquidating or suspending the penalties that have been removed by the grace measure is the sentencing court, in this case, the  Supreme Court, as established in article 31 of the Pardon Law, which dates from 1870.

The Supreme Court will execute the sentence as soon as it has an official communication, which may be from the Government or the publication in the BOE.

As both the sentences of sedition (the one that implied a greater sentence for the prisoners) and that of embezzlement are commuted, the nine prisoners will be released from prison as soon as the Supreme Court issues the corresponding release order for Oriol Junqueras, the leaders of the ANC and Òmnium in 2017, Jordi Sànchez and Jordi Cuixart; the then president of the Parliament, Carme Forcadell; the former councillors Joaquim Forn and Josep Rull,  Raül Romeva, Jordi Turull and Dolors Bassa.

The pardons are conditional on the prisoners not repeating crimes or offending for a  specified period of time.

PP, Vox and Ciudadanos have announced that they will appeal the pardons, but the doctrine of the Supreme Court could prevent it. Who could appeal however are the Attorney General’s Office and the State Attorney General, but they would be doing so against the Government of the nation itself, which seems unlikely.