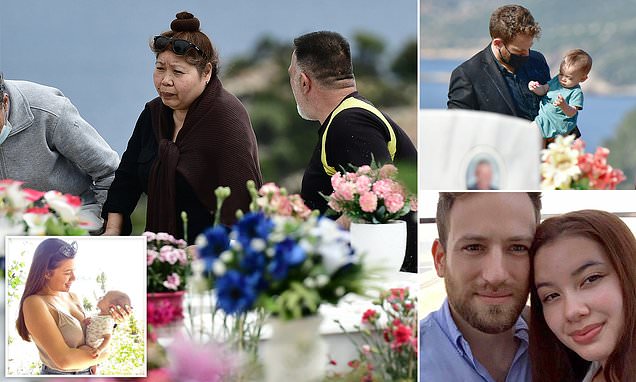 Devastated parents of ‘wonderful’ mum killed in Greece vow to look after baby.

The heartbroken parents of murdered British mum Caroline Crouch have reportedly vowed to care for her baby daughter.

Parents Susan and David Crouch said they have been filled with “gut-wrenching grief that will never leave them” since their daughter lost her life in May. Her Greek husband, Charalambos (Babis) Anagnostopoulos, 33, was charged by police with the premeditated murder of 20-year-old Caroline. He had originally claimed to detectives that university student Ms Crouch was strangled by a foreign gang of intruders while he was tied up in another room.

However, her husband, a helicopter pilot, has since admitted to murdering his British wife after first claiming she was killed in a robbery has told a court in Athens: “I ruined my life, I ruined my family’s life.”

In the courtroom he gave five hours of testimony, detailing his version of what happened on 11 May in Glyka Nera, in northeastern Athens, Greece. According to witnesses in the court, he remained “expressionless” throughout.

The 33-year-old had originally claimed his wife Caroline Crouch, 20, was killed when their home was burgled. He attempted to create a convincing crime scene by placing their baby next to her dead mother, according to police.

He apologised for the killing, denied having an accomplice and said the attack had not been planned but had happened in the heat of a row.

He is also accused of choking the family dog to death with its lead in his bid to fool investigators. According to reports, he told the court in Athens: “I wish I could go back in time.”