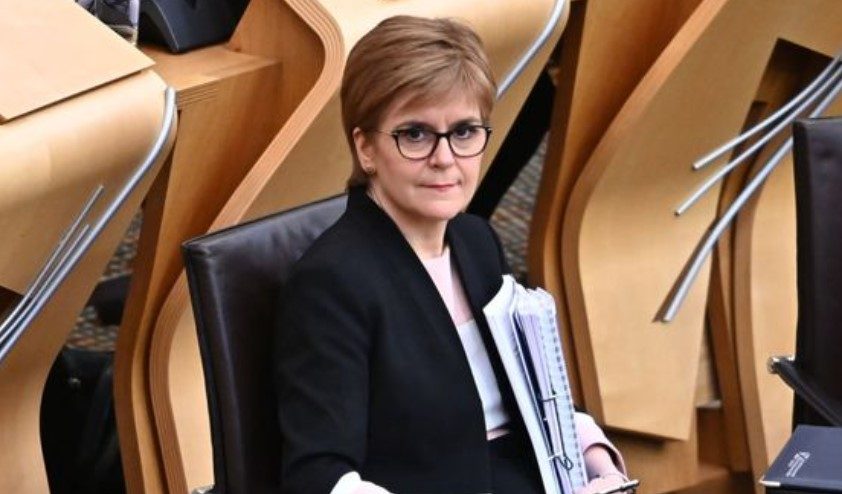 The UK Government is jeopardising EU citizens’ right to stay in Scotland by failing to extend the deadline for applying to the EU Settlement Scheme, she said on June 23.

The deadline for applications is currently June 30, but the Scottish Government has argued for this to be extended to give those who have not yet applied more time.

A backlog of almost 350,000 applications by EU citizens who wish to stay in the UK is also still waiting to be addressed by the Home Office.

The First Minister reiterated calls to reform the EU Settlement Scheme after hearing from EU citizens in Edinburgh who received help with their applications to the scheme from two charities, and urged anyone who has not submitted their application to do so as soon as possible before the deadline.

Sturgeon said, “Five years ago the people of Scotland voted overwhelmingly to remain in the EU but today we find ourselves subject to a damaging, hard Brexit. This will have been a particularly difficult time for EU citizens who have made Scotland their home, but who have been forced by the UK Government to apply to stay here.

“They have friends, families, careers and communities that are dear to them and that they are dear to. I can barely begin to imagine the anxiety and stress they have suffered – indeed many continue to suffer – as they wait to be told whether or not their right to all of that will be removed.

“The UK Government’s refusal to listen to our call to extend the deadline is unacceptable and means all EU citizens must urgently apply for settled status if they have not already done so.

“I am hugely grateful to those providing free support to EU citizens with the application process, here at St Margaret’s House and across Scotland. To all EU citizens my message is this – ‘Scotland is a better country because you are here. You are part of us and we badly want you to stay’,” she added.

While at St Margaret’s House in Edinburgh, the First Minister met Virginia Zamojski and Bernadeta Żynda who have been helped by Feniks and Citizens’ Rights Project with their applications for Settled Status.

Virginia, an NHS worker, has lived in Scotland for 27 years, yet her application for Settled Status is still outstanding.

She said, “I came to Feniks for help, because I need to apply for my Settled Status through a special form for people without a valid form of ID. Filling it in made me very nervous.

“I have lived in the UK since I was three. I am now an NHS key worker, and throughout the Covid-19 pandemic I was needed at work and could not travel to renew my passport. The German embassy was also overwhelmed.

“Now my application for Settled Status is ongoing and I really hope everything will be sorted out in time as Scotland is my true home – I have no one in Germany,” she added.

There is a lack of reliable data across the UK, including Scotland, on the exact number of EU citizens who still need to apply to the scheme to secure their status.

It had been previously estimated there are around 231,000 EU Citizens in Scotland – the current number of applications is higher; however, this also includes applications from non-European Economic Area national family members and eligible EEA nationals not resident in the UK, and include individuals applying for both pre-settled and Settled Status, and duplicate applications for other reasons.